Tyson Foods: Company pushes shift away from a...
Tyson Foods

Company pushes shift away from antibiotics 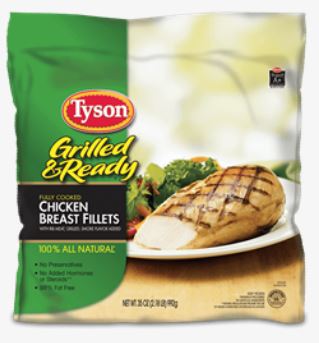 USA, Springdale, Arkansas. According to Reuters, Tyson Foods Inc in June will switch its retail line of company-branded chicken products to birds raised without any antibiotics, a top executive said, accelerating the meat sector's shift away from the drugs.

The change will make Tyson, which is the largest U.S. chicken processor, into the world's leading producer of chicken raised without antibiotics, said Sally Grimes, the company's president of North American retail, on a webcast of an industry conference.

It challenges other chicken companies, such as privately held Perdue Farms, that compete for sales to consumers concerned about the use of antibiotics in meat production. In October, Perdue said it had become the first major poultry company to eliminate the routine use of all antibiotics.

Scientists have warned that the routine use of antibiotics to promote growth and prevent illness in healthy farm animals has contributed to rising numbers of dangerous human infections from antibiotic-resistant bacteria dubbed "superbugs."

The U.S. Centers for Disease Control and Prevention estimates that at least 2 mill. people in the United States are infected with drug-resistant bacteria each year and that 23,000 die as a direct result. Tyson previously said it would remove antibiotics that are important to human medicine from its chicken production by autumn 2017.