Austria wants standards in the EU 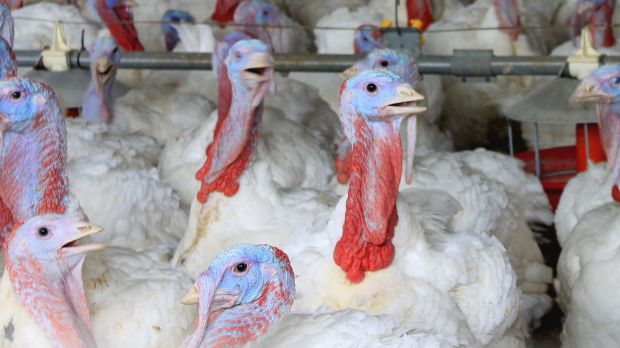 The authors of the study call for adequate space, rearing opportunities, occupational materials and suitable bedding for the turkeys.

AUSTRIA, Vienna. Uniform rules should apply to the keeping of fattening turkeys in the European Union, demands Health Minister Anschober.


Austria wants to advocate stricter standards in turkey husbandry in the European Union and set a good example itself. Health Minister Rudolf Anschober presented the results of the study commissioned by his department, "Requirements for keeping fattening turkeys in line with modern animal welfare standards", and lamented the fact that there are no precise rules for turkey keeping in the Community.

The animal welfare-compliant standards, which were only developed on a scientific basis by the veterinary faculties of the universities in Vienna and Leipzig, should serve as a basis for a debate at the European level.

Study author Prof. Maria-Elisabeth Krautwald-Junghanns of the University of Vienna highlighted group size in husbandry as a primary variable. "The lower the stocking density, the healthier it is for the animal," she said. If animal welfare and profitability are reconciled, the maximum stocking density in final fattening should be no more than 36 kg/m2 to 40 kg/m2, she said.

To achieve this, the poultry need an outdoor climate area with at least 20%of the usable barn area, structured areas in the barn, opportunities for rearing and elevated levels, as well as occupation materials and suitable bedding. Flicker-free lighting, a UV-A component in the light and an eight-hour dark phase are also important. In addition, a room climate optimized for the animals as well as intensive control of the animals and verifiable knowledge of the staff and the owners are part of animal welfare-compliant husbandry.

On the occasion of the presentation of the study, the president of the German Animal Welfare Association, Thomas Schröder, criticized the lack of legal husbandry requirements for turkeys in this country in view of a state goal of animal welfare in the Basic Law.

"The federal government has so far skillfully ignored its responsibility to provide legally binding specifications for keeping turkeys in a manner that respects animal welfare," Schröder criticized. Voluntary agreements that the poultry industry imposes on itself cannot be a substitute, he said. "A federal minister who relies on the industry itself to ensure animal welfare-friendly husbandry is turning the buck into the gardener," Schröder said.

The voluntary husbandry agreements offer the animals too little space, he said. In addition, the information on the structuring of the stables and on employment measures is inadequate and imprecise.