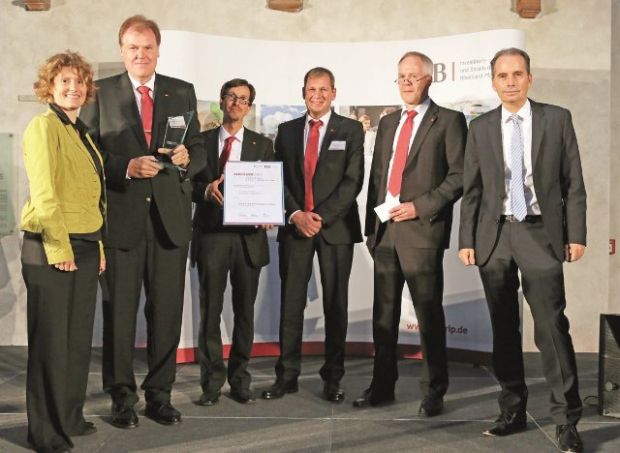 The high-speed depositing system of Treif`s industrial slicer Divider 880 that allows continuous slicing of products like ham, sausage or salami was awarded with first prize in the Success innovation competition.

The Department of Trade and Industry of Rhineland-Palatinate and the ISB (Investment and Economic Development Bank of the state) annually award this prize to medium-sized companies for developing and launching pioneering, innovative products and technologies which are already being used on the market successfully. Treif was nominated this year and won the first place.

The official appraisal stated: “Treif has made a machine marketable that was brought into series production due to its performance and the resulting increase in productivity. It has already been supplied to several renowned companies in the food industry. The new generation of machines underlines the technological leadership of the company.”

The Secretary of State for Trade and Industry of Rhineland-Palatinate, Eveline Lemke, and Dr Ulrich Link (ISB board of directors) handed over the award to Uwe Reifenhaeuser, owner and CEO. He accepted the award together with Thomas Kuehr, Juergen Melles and Uwe Ragnit who are part of the team that developed the high speed depositing system.
Source: Treif