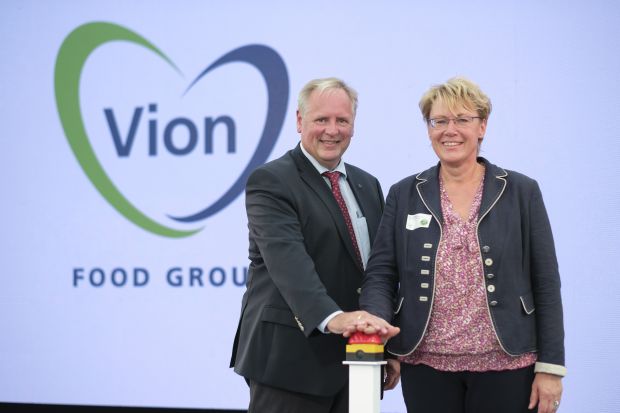 GERMANY, Emstek. To conclude the 25th anniversary of Vion Emstek, Lower Saxony’s Minister for Food, Agriculture and Consumer Protection Barbara Otte-Kinast launched a new camera surveillance system in the live animals area of the production location this week. This official moment was part of a symposium about “Supply chains of the future”, which was attended by 170 supply chain partners and specialists.

Vion is an international meat producer with production locations in the Netherlands and Germany, and sales support offices in thirteen countries worldwide. In 2017, Vion had a turnover of €5.1 bn. and 11,800 employees.

At the symposium, experts amongst others gave talks about future trends and new ways to meet customer demand, about transparency and about animal protection. Barbara Otte-Kinast stressed that livestock farming should be economical while also consistent with animal welfare. In the past few years, Vion has set notable trends concerning animal welfare and transparency.

Vion’s CEO Ronald Lotgerink highlighted how important transparency and animal welfare are for Vion: “It is my main goal to pursue the requirement of sustainable and careful production at Vion for the benefit of our world. We are transparent. Anyone can read in our CSR report where we stand, where we’ve improved and where we can improve.“