IPPE gives back to Atlanta 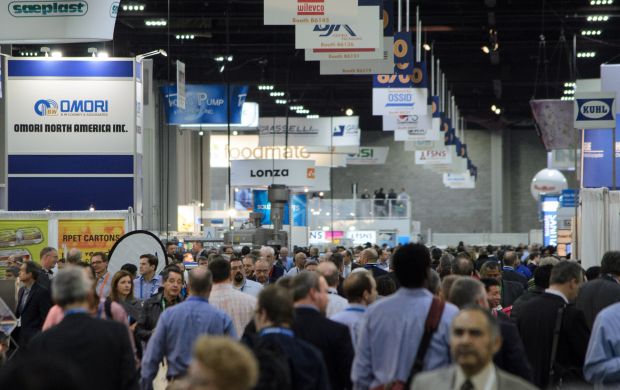 USA, Atlanta. As part to fight hunger, the 2016 International Production &Processing Expo (IPPE) raised $10,300 for the Atlanta Community Food Bank through its “Giving Back to Atlanta” campaign. The donation was comprised of $5,000 from IPPE, $2,000 from Wyndham Jade, $1,500 from Hawkins Inc., and numerous individual donations were also received.


"IPPE would like to thank the exhibitors and attendees who contributed to the ‘Giving Back to Atlanta’ campaign. Your contributions will make a difference in fighting hunger in Atlanta, where the annual expo has been held since 1948," said IPPE show organizers.

In 2016, the International Production & Processing Expo (IPPE) had an estimated 30,000 poultry, meat and feed industry leader attendees from all over the world. In addition, this year’s show had 1,301 exhibitors, a new record, with more than 464,750 net square feet of exhibit space. Sponsored by the U.S. Poultry & Egg Association, American Feed Industry Association and North American Meat Institute, IPPE is the world's largest annual poultry, meat and feed industry event of its kind.