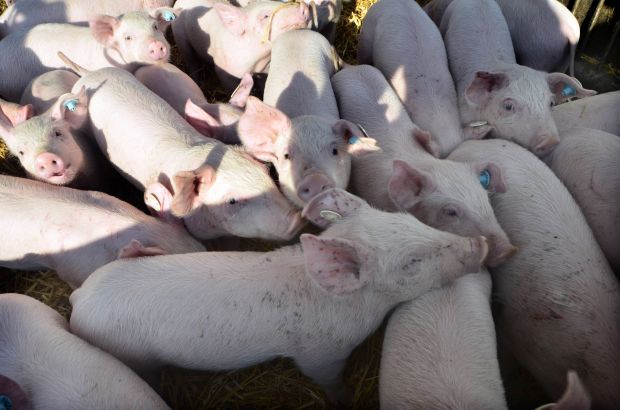 fleischwirtschaft.com — UNITED KINGDOM, London. UK pig meat exports during August were down both on the previous month and also compared to the same month last year. Pork imports (including offal) totalled 60,200 t, a decrease of 1,800 t on July. Pork exports (including offal) have also declined marginally year-on-year totalling 31,900 t during August, a decline of around 600 t.
Facebook
Twitter

Fresh/frozen pork and processed pork imports both increased in volume compared to the previous month. However, despite this, import volumes for most of the major pig meat components were still lower year-on-year for the month of August. Bacon had the most notable decline with imports totalling 11,700 t, down 3,100 t (-21%) on last year.

Based on the first 8 months of trade for the month, prok import volumes are 80,000 t below last year’s levels. In August, Denmark accounting for 24% of pork imports (including offal) into the UK, followed closely by Germany at 23%, according to HMRC.

The total value of pork imports fell again during August totalling £176.7 mill., a decrease in excess of £27.5 mill. compared to the previous year.

Overall exports volumes for pork imports (including offal) were up for August compared to the previous year. After a high volume of fresh/frozen pork exports during July, volumes dropped back to more normal levels of around 21,300 t. Offal exports declined in August on the previous month, however they remain up for the month on last year.

Most of this export increase is still due to continued strong demand for pig meat from China. Based on the first 8 months of 2020, the volume of UK pork exports (including offal) being shipped to China has increased by 51%.

Brexit The EU may export less pork to the UK