Trade: Tariffs on meat will be gradually redu...
Trade

Tariffs on meat will be gradually reduced in the coming years 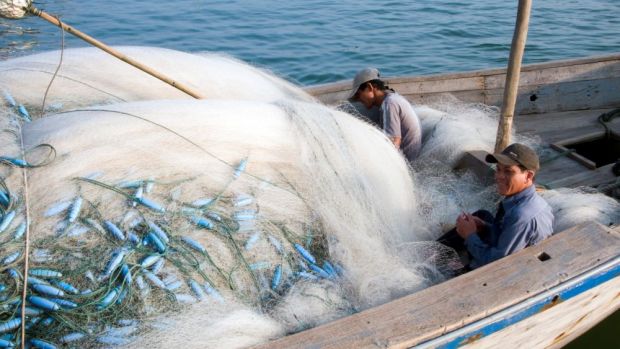 Fish is one of the foods for which Vietnam hopes to increase sales in the EU.

BELGIUM, Brussels. The trade agreement negotiated between the European Union and Vietnam entered into force on 1 August.


As the EU Commission announced shortly before in Brussels, the agreement is intended to gradually eliminate up to 99% of the tariffs previously levied by both sides. In June, the Vietnamese National Assembly in Hanoi had given its blessing to the agreement. The Vietnamese people's representatives also voted in favour of the core labour standard of the International Labour Organization (ILO) against forced labour as part of a comprehensive labour law reform, which the Hanoi government had agreed with the EU Commission in the sustainability chapter of the trade agreement. The European Parliament and the Council had previously given their approval to the trade agreement.

The EU's Investment Protection Agreement with Vietnam, which was negotiated largely at the same time, has to be ratified by the parliaments of all EU member states before it becomes valid. In the agricultural sector, the trade agreement provides for the elimination of tariffs on beef three years after the agreement enters into force, and seven years for frozen pork. Chicken meat will be duty free after a gradual reduction in ten years. For dairy products it is planned to abolish customs duties after a maximum of five years. Meanwhile, EU Commission President Dr. Ursula von der Leyen emphasised that the European economy currently needs every opportunity to regain its former strength after the corona crisis.

Von der Leyen was firmly convinced that this agreement would also be an opportunity for the people of Vietnam to "enjoy a prosperous economy" and to implement positive change and stronger workers' rights in their home country. Meanwhile, EU Trade Commissioner Phil Hogan welcomed the fact that Vietnam is now part of a "club of 77 countries" trading with the EU under bilaterally agreed preferential conditions.

At the same time, the former EU Agriculture Commissioner said he was convinced that the agreement would strengthen the EU's economic ties with the dynamic region of South East Asia, which has great economic potential. The Irishman also made it clear that trade policy could be a driving force for improvements in certain countries. For example, Hogan believes that Vietnam has already made great efforts to improve its labour rights record through the trade talks. He was confident that much needed reform would continue, the Commissioner said.