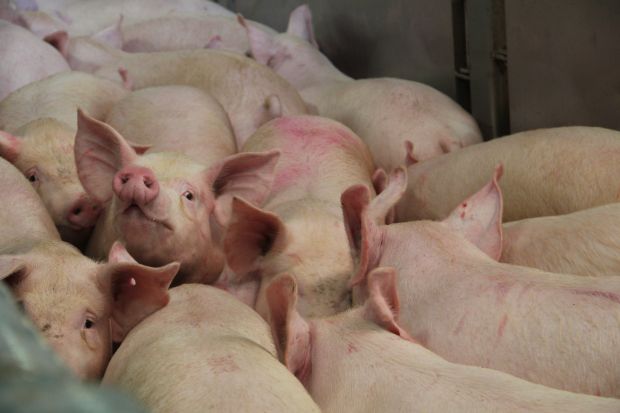 
The United States can ship to South Africa a variety of raw, frozen pork, including bellies, hams, loins, ribs and shoulders, for unrestricted sale and other pork for further processing.


“NPPC is pleased that South Africa has followed through with a commitment to open its market to U.S. pork. Now, we can sell safe, high-quality and affordable U.S. pork to more than 50 million new consumers,” said NPPC President Dr. Ron Prestage, a veterinarian and pork producer from Camden, S.C. “U.S. pork producers had been on the outside looking in as competitors from Brazil, Canada and the European Union sold pork to South Africa, which banned our product using non-science-based restrictions that didn’t pass the red face test.”

One of those restrictions was to prevent the spread of Porcine Reproductive and Respiratory Syndrome (PRRS) to South African livestock even though the risk of disease transmission from U.S. pork products was negligible. There is no documented scientific case of PRRS being transmitted to domestic livestock through imported pork. (New Zealand, a PRRS-free nation, imported pork for 10 years from PRRS-positive countries without getting the disease.)

In early January, after the Obama administration threatened to suspend its trade benefits under the African Growth and Opportunity Act – duty-free access for products exported to the United States – South Africa announced it would partially lift its ban on U.S. pork.

“While we now can sell pork in South Africa,” Prestage said, “there is no scientific reason to restrict any of our pork, so we’ll continue to work with the governments in Washington and Pretoria to get complete access to that market.”

NPPC is the global voice for the U.S. pork industry, protecting the livelihoods of America’s 68,000 pork producers, who abide by ethical principles in caring for their animals, in protecting the environment and public health and in providing safe, wholesome, nutritious pork products to consumers worldwide.