Pork in focus during Belgian state visit to South Korea 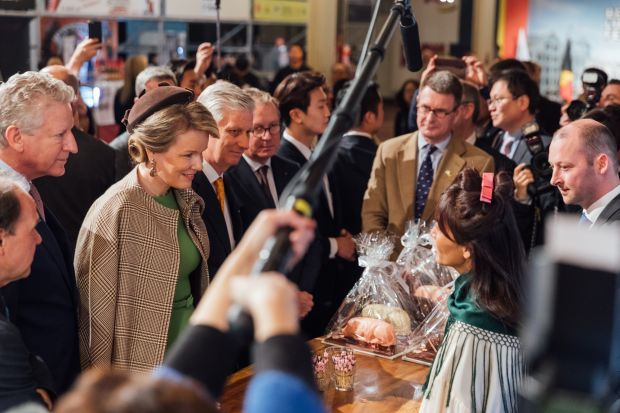 BELGIUM, Brussels. The Belgian royal couple paid an official state visit to the Republic of South Korea from 23 to 28 March 2019. The monarchs were accompanied by a trade delegation. Their goal was advertising for Belgian pork, which has the highest status in food exports to South Korea.


Pork leads the ranking of the most important Belgian food products for the South Korean market. The East Asian Republic accounts for 10% of Belgian exports of Belgian pork to third countries. As far as pancetta is concerned, South Korea even absorbs half of the volume from third countries. Belly bacon is mainly delivered to South Korea as frozen container goods.


Due to the high quality standards of the South Koreans, Belgian pork is very popular there. For more than 20 years, the kingdom has been an important supplier of high-quality barbecues, from belly bacon to pork neck to ribs, etc. The country has also been a major supplier of barbecued meat for the past 20 years. In addition to the internal meat quality, the high Belgian food safety standards as well as the tailor-made work of the Belgian meat suppliers in South Korea score highly.