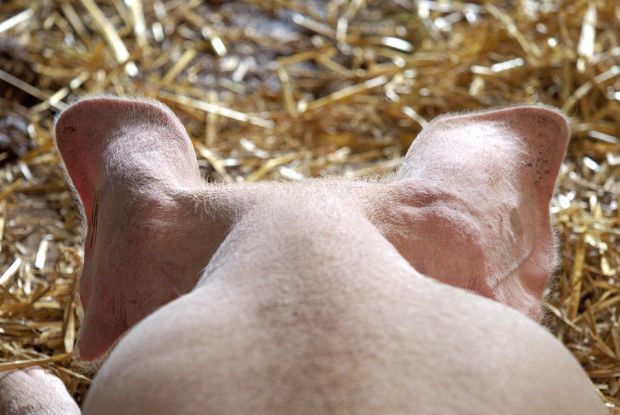 The NPPC urged the United States and China to quickly resolve their trade differences and asked the Asian nation to make a minimum $3.5 bn. purchase of US pork over the next five years.

USA, Washington. With Chinese officials in Washington to discuss trade relations, the National Pork Producers Council urged the United States and China to quickly resolve their trade differences and asked the Asian nation to make a minimum $3.5 bn. purchase of US pork over the next five years.


China is the largest consumer of pork in the world, making it a top market for US pork exports over the past several years. Pork is said to represent about 15% of the Consumer Price Index in China and could single-handedly make a huge dent in the US-China trade imbalance.

US pork producers now face tariffs of 62% on exports to China, which in early April 2018 imposed a 25% tariff in response to US tariffs on Chinese steel and aluminum and in June added another 25% duty in retaliation for the US tariffs levied on a host of Chinese goods because of China’s treatment of US intellectual property and forced transfers of American technology.

China already had a 12% tariff on US pork, and the country has a 13% value-added tax on most agricultural imports.

Iowa State University economist Dermot Hayes calculates that because of the 50% punitive tariffs, US pork producers have lost $8 per hog, or more than $1 bn. on an annualized basis.

Hayes says that if China purchases at least 350,000 t of US pork each year for five years, the total deal would be worth approximately $3.5 bn. in sales. According to Hayes, that would put a significant dent in the US-China trade imbalance and create 5,250 new jobs in the United States. He notes that the timing for the purchases is good since China needs to import more pork to mitigate the impact of African Swine Fever on the Chinese pig herd.

The news media has reported that in an effort to end the trade dispute, China has offered to buy $1 trillion of US goods over the next six years.