From Editor fleischwirtschaft.com
Friday, May 20, 2016 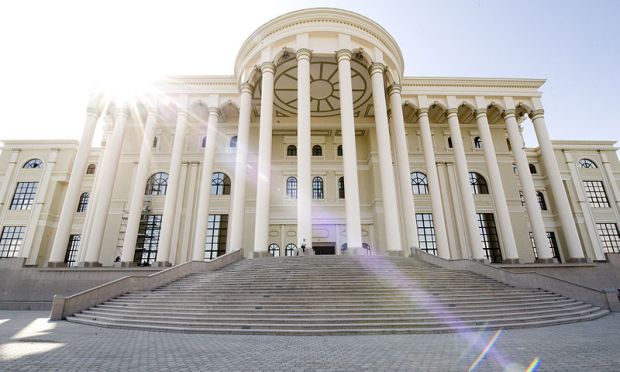 The Presidential Palace of the Republic of Tajikistan is located in Dushanbe.

TAJIKISTAN, Duschanbe. Despite hopes from Iranian meat exporters that they could increase supplies to the Commonwealth of Independent States (CIS), deliveries to the region, including most of the post-Soviet Union area, are not yet happening.


Exports to the Russian-led Eurasian Economic Union have not even started, as the countries cannot approve veterinary certificates. And now prospects of a deal with Iran are becoming questionable, as last week, Iranian meat supplies to Tajikistan were blocked, amid rising quality concerns.

Local officials in Tajikistan have indicated that there is a trade conflict between the two countries as, in recent weeks, Customs officers have identified several batches of spoiled meat from Iran, lacking proper documentation.

As Talabsho Sangzoda, head of the country’s veterinary watchdog TajikStandard, explained, since the beginning of the year, the actual volume of meat imports from Iran to Tajikistan have fallen by nearly 50%. Along with Russia, Iran is believed to be among the main meat importers to the country.

Last week, the Iranian Chamber of Commerce and Industry posted a demand from Tajikistan authorities that meat supplies should include a description of the product on the label in Tajik, rather than Farsi. However, even this measure is unlikely to restore normal relationships in the meat market, according to local authorities.

Sangzoda identified that, in a separate measure since the beginning of 2016, imports of chicken skin from Iran have been prohibited, due to the excessive level of cholesterol in the products supplied. According to him, chicken skin has been used by sausage producers and restrictions were necessary to maintain the healthy state of the nation.

This incident probably adds a new level of complication to negotiations on a meat deal between Iran and Russia. Previously, Russian officials were hoping to establish exports of beef and venison to Iran, while Iran was aiming to supply up to 10,000 t of chicken per year to Russia, including on a barter basis, in exchange for grain and agricultural equipment.

Since the lifting of sanctions on Iran at the beginning of the year, both countries have claimed the intention is to boost trade in agricultural products, primarily via the Caspian Sea. Attempts even took place to create a free trade zone for some agricultural products. However, so far these negotiations have seen little progress.