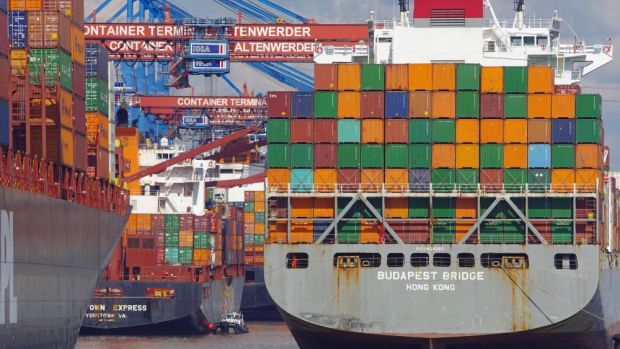 Sales of beef in the EU rose slightly by 0.8% compared with the same period last year.

BELGIUM, Brussels. The significant increase in pork more than compensates for the declining demand for poultry products.


Despite the global corona pandemic, meat exporters in the European Union were able to increase their overall business volume in the first three quarters of 2020 compared with the same period of the previous year. According to preliminary data from the EU Commission, exports, including live animals and offal, rose by 616,000 t or 11.9% to 5.78 mill. t. However, these data do not include the UK, as trade data for the UK was only available in some cases until July and customs regulations were not yet similar to those of a typical third country. It is a fact, however, that sales of all types of meat from EU suppliers on the island have fallen noticeably. If Great Britain is regarded as a third country despite the partially incomplete data, the increase in exports compared to the previous year is reduced by a good half to 294,000 t or 4.2%, behind which stands a total export of 7.23 mill. t.

It should also be noted that the growth in exports is largely due solely to the increase in pork exports, which rose by a good 20% to 3.90 mill. t. This was mainly due to increased deliveries to China, Hong Kong and Vietnam, while other important customers such as Japan, South Korea, the Philippines and also Great Britain ordered significantly less goods in the Community. According to the EU Commission, excluding the UK, export revenues for global pork sales soared by almost 35% to 8.8 bn. € compared to the first three quarters of 2019.

For beef, including live exports, EU suppliers recorded a slight year-on-year increase of 0.8% to 517,800 t in sales to third countries excluding the UK. While sales of slaughter and productive cattle declined, frozen beef and offal from the EU found more buyers. However, prices were mostly below the previous year's level, which is why export revenues fell by 2.6% to 1.65 bn. €.

However, international sales of poultry meat from the EU were unable to match the successes of previous years in the period from January to September 2020, with volumes falling by 3.4 percent year-on-year to 1.29 mill. t. In particular, orders from Ukraine, South Africa, Benin and Vietnam lagged far behind the previous year's level. Due to weaker international prices as a result of the corona pandemic, export revenues fell more sharply, by 6.1% to 1.44 bn. €. The Commission did not publish any monetary data for sheep and goat meat; however, export volumes increased by 3.6% to 73,760 t compared with the first three quarters of 2019. Contributing to this were higher sheep exports to Jordan as well as increased deliveries of frozen goods, including to Saudi Arabia.