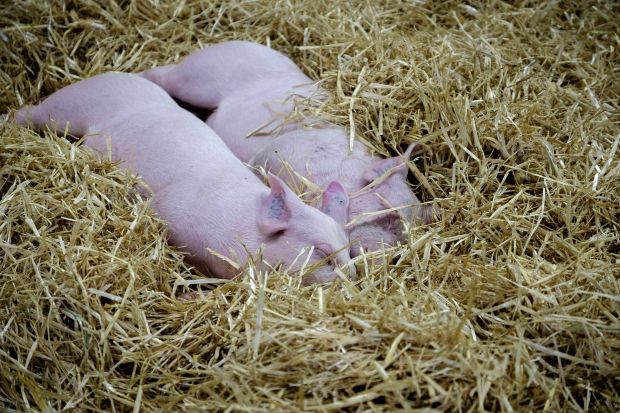 The EU does not import much pig meat; however, imports rose 18% year-on-year in January.

Within this, exports of fresh/frozen pork increased by 32% to 264,800 t. Volumes sent to China in January more than doubled on the year to total 174,700 t. Influenced by this, shipments to other key markets – namely Japan, South Korea and the US – suffered double-digit declines. 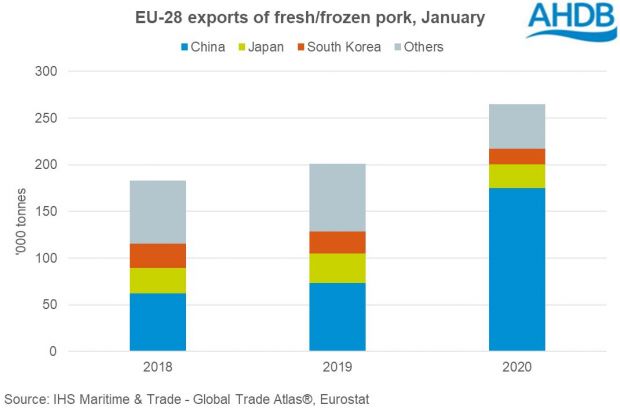 While shipments to China remained significant, absolute volumes were behind the peak recorded in October and November. The year-on-year growth has also fallen back a little; volumes more than tripled on 2018 levels in Q4. The release of Chinese pork stocks, and high import volumes over the previous months, meant Chinese import demand eased in the New Year. The coronavirus epidemic also subsequently affected imports, though reports suggest trade has begun to move again in recent weeks.

The EU does not import much pig meat; however, imports rose 18% year-on-year in January. Nearly 50% of these imports were from Switzerland.