Trade: Demand declines in the first half of 2...
Trade

Demand declines in the first half of 2019 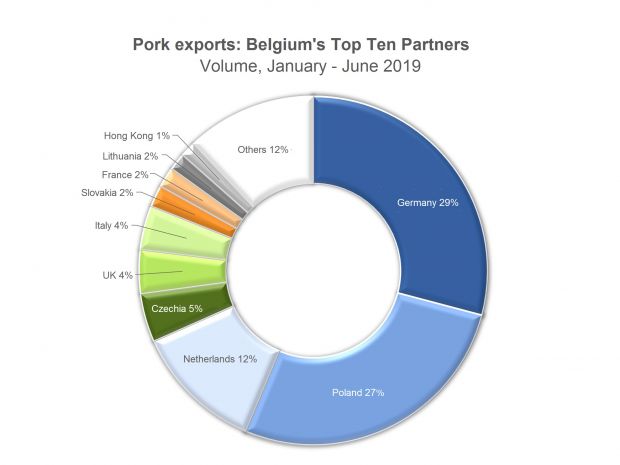 BELGIUM, Brussels. From January to June 2019, Belgian meat suppliers exported 380,008 t of pork worldwide - a drop of 6.6% compared with the same period last year. This is shown by the provisional Eurostat figures.


The declining export figures are partly due to the 2.6% drop in pork production in the Kingdom. The outbreak of African swine fever in September 2018 and the corresponding export ban to certain third countries continue to play an important role, even though Belgium is "free of African swine fever in domestic pigs and wild boars" according to the OIE self-declaration. In a five-year comparison, the average annual growth rate has remained rather stable.

Outside the Union, Belgian beef also met with declining interest with 5,988 t (minus 36%). Côte d'Ivoire, Ghana and Bosnia-Herzegovina lead the Belgian customer list in third-country business.