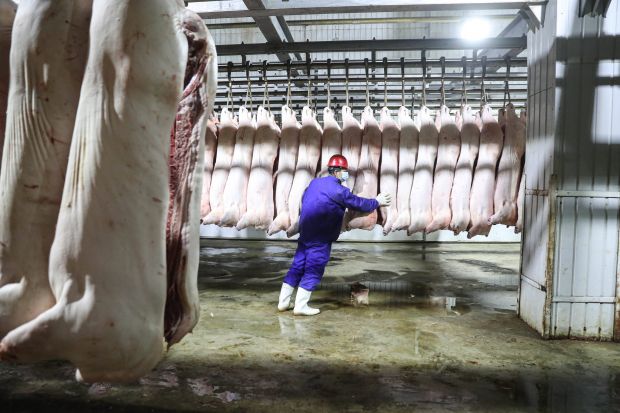 China is eager to rebuild its pork production capacity.

UNITED KINGDOM, London. Chinese imports of pig meat (including offal) once again broke records last year. In 2020, the nation imported a total of 5.57 million t of pig meat and offal, 85% more than in the previous year. In value terms, this equated to $ 14.56 bn., 128% more than in the previous year. Growth in the fresh and frozen pork category accounted for 90% of the growth in volume terms.


Many nations have been able to capitalise on the strong demand for pig meat. In particular, shipments from Spain and the US doubled compared to 2019 levels, with the former surpassing the 1 mill. t mark. The UK has also benefitted from the strong demand, with China importing almost 50% more in 2020.

China has been active in rebuilding its herd recently, following the sharp decline in 2019 due to ASF. The latest USDA forecasts indicate that the rebuilding activity will translate into a rise in domestic production this year. Production for 2021 is pegged at 43.5 mill. t, 14% more than in 2020. Subsequently, Chinese import demand is expected to decline by around 10% in 2021, to 4.62 mill. t (carcase weight equivalent - so excludes offal). Nevertheless, this is still high in historic terms and so there is a degree of optimism from this market.

China is eager to rebuild its pork production capacity. While herd rebuilding seems to have exceeded international expectations so far, challenges remain. Some restocking has been undertaken with sows not intended for breeding, which have lower productivity. This may limit pork production growth. Recent reports also suggest new ASF strains, which do not kill pigs but may reduce the number of piglets born per litter, have been found. Biosecurity measures will remain crucial to prevent a resurgence in ASF outbreaks as pig numbers rebuild.

While it is clear that China intends to recover pork production as quickly as possible, it remains to be seen just how quickly this is.