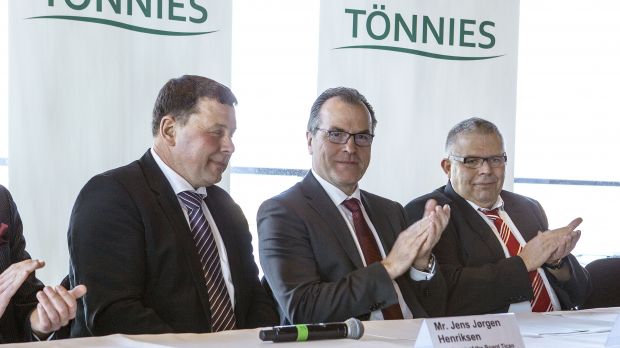 
SB Pork, based in Brørup in Denmark, slaughtered a total of 1.8 million pigs last year. That was around 200,000 (or nine percent) more than in 2014, as the parent company now reports from Rheda-Wiedenbrück. Tönnies is particularly pleased with this development in view of the overall stagnant slaughter figures in Denmark.


In 2015 the company generated net sales of 1.9 billion Danish kroner (DKK), equivalent to EUR 266 million. This was roughly the same figure as in the previous year. Given the considerable price pressure in Denmark, Tönnies views the result as extremely favourable.

SB Pork A/S has been part of the Tönnies group in Denmark since 2005. It specializes in the slaughtering, cutting and processing of pork. The products are marketed internationally in fresh and frozen form.

"This acquisition is the largest in the history of our company," said Clemens Tönnies. Tican and its associated brands as well as the Danish market in general and the export markets serviced by Tican in the United Kingdom and the Far East are set to play a significantly greater role within the group in the future. "We've set a clear course for further growth and for internationalisation of our group of companies."

Tönnies now intends to analyse its activities in its Danish subsidiaries and merge them where this makes market sense in order to bundle the skills and business fields of both companies in an effort to exploit synergies, says its press release.