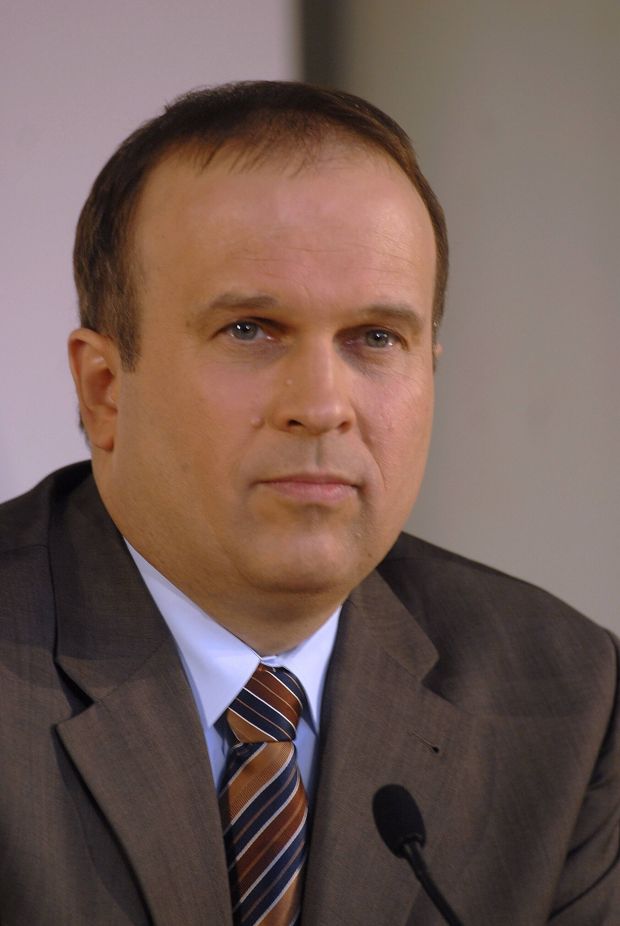 Before he changed to the meat industry, Dosch signed a termination agreement with the ministry after the ministry had forbidden him to work for Tönnies as a sideline.

GERMANY, Rheda-Wiedenbrück. The former Bioland CEO and Department Head in the Ministry of Agriculture, Thomas Dosch, now works for Toennies.

From Lower Saxony's Ministry of Agriculture to one of the largest slaughterhouses in the world: former Department Head Thomas Dosch, who was taken on in June 2014 by the then head of department Christian Meyer (Green Party) and was sidelined by his successor Barbara Otte-Kinast (CDU) after the change of government in 2017, now works for the meat company Tönnies. The former Bioland chairman and organic farmer with a green party book told the Weser-Kurier that he had accepted a job as a permanent coordinator at the headquarters in Rheda-Wiedenbrück in East Westphalia on 1 October. He sees himself as a bridge builder for animal protection and environmentally friendly agriculture.

"We are pleased to have won with Thomas Dosch a coworker with large expertise within the ranges politics, agriculture and administration for our self-set enterprise goals" , explained Clemens Tönnies. "Responsibility for humans, animal and environment are largely written in the Tönnies Group." With his varied experience Dosch will from now on support the further development of the company in the sense of a more sustainable agricultural and food economy. In the past months the slaughter company had caused negative headlines due to bad working and living conditions of temporary workers as well as corona outbreaks in its plants, as recently in Sögel (district Emsland).

Before he changed to the meat industry, Dosch signed a termination agreement with the ministry after the ministry had forbidden him to work for Tönnies as a sideline. Department Head Otte-Kinast did not want to comment on the events. The top employee, who had been on leave of absence for a good year at his own request and waived his pay, had filed a rival suit against the ministry in the summer.

Dosch announced that he would continue this lawsuit regardless of his new job. "One has nothing to do with the other." He is defending himself against the replacement of his former management position by another applicant. In August, Dosch achieved a partial success: The labor court in Hannover stopped the SPD/CDU government's appeal of a head of department lower in the ministry hierarchy by means of a temporary injunction. In doing so, the judge condemned the minister's obviously political motives for not considering the Green Party as illegal. On 2 November, the state labor court will decide in the second instance.

Together with Tönnies, he wanted to promote the necessary agricultural turnaround, Dosch described his motives for the change. "A commission in the Chancellor's Office is not enough for this; for this we need the economy to participate. Thus the current pig congestion, which causes terrible animal suffering, could only be reduced with the help of the large facilities." During several conversations, Tönnies, the head of the company, was very thoughtful about the controversial box stalls for sows. "He really wants to change something."

The company has long been testing new, species-appropriate stalls. With a fully digitalized slaughtering process, the origin and husbandry methods of the pigs can be precisely traced. "I have not changed from Paul to Saul," Dosch affirmed. He rejected any comparison with former Federal Minister Sigmar Gabriel (SPD), whose highly remunerated consulting work for Tönnies had caused a storm of indignation in early summer. He himself did not earn more with the company than in his position as department head in the ministry.

Nevertheless, he expects praise as well as a lot of criticism for his decision, which he had previously discussed with family and friends. "The shitstorm will happen." The Green ex-minister reacted reservedly to the new job of his close ex-employee. "I don't think that's good, but it's his personal decision," said Meyer and showed a certain understanding. "The CDU minister really scared him out."