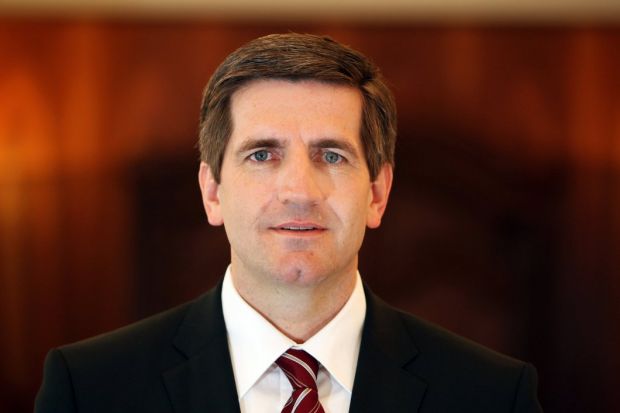 Andres Ruff is new in the management team.

GERMANY, Rheda-Wiedenbrück. Tönnies Group announces a new management team which will consist of Andres Ruff, who is acting, from 1 November, 2017, on equal terms with Clemens Tönnies, at the suggestion of Robert Tönnies.


Furthermore, the group announced that it will incorporate the Mühlen Group starting with 1 January, 2018, and that the newly created positions in the holding company management and the newly established advisory board were filled.

Andres Ruff is an entrepreneurial personality who has acquired a wealth of experience, both nationally and internationally, in numerous management tasks at the highest level. The food industry was the focus of his activities. He was CEO of WIV Wein International AG in Bingen (2014–2017), CEO of Apetito AG in Rheine (2006–2014) and managing director of the dairy Alois Müller (2002–2006). He learned his craft over 14 years at Procter & Gamble.

The restructuring strengthens the Group's commitment to sustainable growth. Tönnies aspires to further expanding its role as an innovation leader for product quality and animal welfare and to continue the international growth course. The group said that it will continue to provide impetus in the coming years in order to live up to its responsibility towards people, animals, and the environment.

The newly created advisory board of the Tönnies Group advises the holding company management on key corporate issues and also decides on possible stalemates in the executive or shareholder group. Therefore, it is continuously involved in upcoming important decisions and informed about the company development.

Chairman of the Advisory Board is Dr. med. Reinhold Festge, Haver & Boecker OHG. Next to him are Dr. Helmut Limberg, a former member of the Executive Board of Jungheinrich AG, and Prof. Dr. Siegfried Russwurm, a former member of the Board of Management of Siemens AG, on the Advisory Board. In addition to Clemens and Robert Tönnies, Daniel Nottbrock, Managing Director of Tönnies Holding, and Dipl.-Kfm. Jens-Uwe Göke, certified public accountant and tax consultant, were added to the Advisory Council, who have significantly shaped and implemented the reorganization of the Tönnies Group.