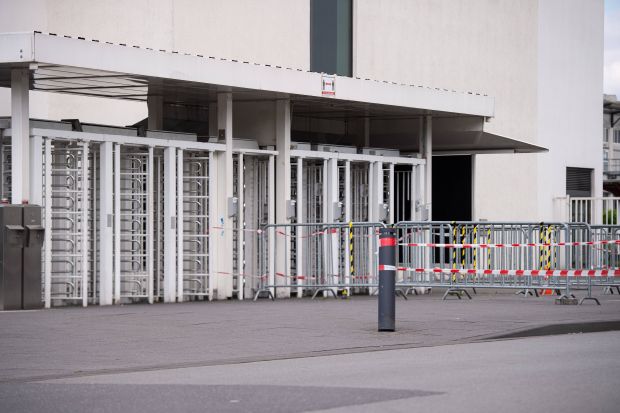 At Tönnies, the employees in the administration are initially allowed to resume their work.

GERMANY; Rheda-Wiedenbrück. First of the administrative staff are allowed to resume work on the Tönnies factory premises.

This was announced by the mayor of Rheda-Wiedenbrück, Theo Mettenborg. In agreement with the state, the district government and the district of Gütersloh, an exemption to the imposed general decree has now been issued. The ban on entering the premises is thus no longer valid. Those employees who will be allowed back onto the premises have been named. "In view of the relatively low risk of infection, the resumption of operations management will not be unduly delayed," the city explained in a press release. However, it must be ensured that a spatial separation from other work areas is guaranteed. Compliance with the regulations will be monitored by the regulatory authority.

On Monday, representatives of the North Rhine-Westphalian Ministry of Health, the Detmold district government, the district and the city discussed the hygiene concept presented by Tönnies. It became clear that the administrative, logistics and technical divisions should be able to resume their work earlier. In some other areas, conversion measures were finally necessary, for example in the ventilation, the city outlined the situation. All operational areas would be evaluated by the technical authorities and scientists involved with regard to occupational safety, health, hygiene and infection protection.
More about this topic 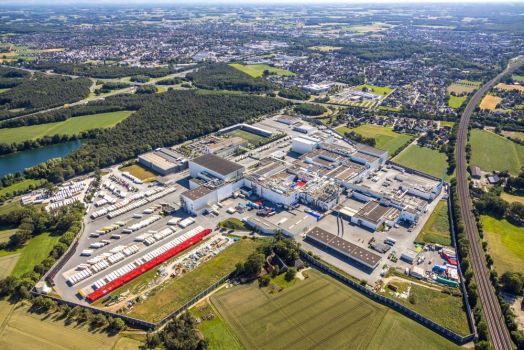 imago images / Hans Blossey
Tönnies
Opening still unclear
It is still uncertain when the large slaughtering and cutting plant of Tönnies in Rheda-Wiedenbrück will be able to resume operations. more ››


On Tuesday, the first inspections took place on the factory premises. "The decision as to whether, when and to what extent the operation can be restarted will be made jointly by all those involved. The company is intensively involved", explained Mayor Theo Mettenborg.

Meanwhile, during the mass tests at the Tönnies site in Weißenfels, one employee tested positive for corona. This was announced by the slaughterhouse on Thursday. This case only came to light in the second wave of tests, as the employee was on vacation with the first one. A domestic quarantine was ordered for him and his wife. According to Tönnnies, five other contact persons have been identified so far and are currently being tested. During the mass test in Weißenfels, which was carried out on the order of the Burgendlandkreis, a total of 2,372 swabs were taken, all of which were negative, according to Tönnies. And the company explicitly points out one thing: that within the framework of the hygiene concept, there has been no exchange of employees with other Tönnies locations in North Rhine-Westphalia for a long time.