Tilapia could feed billions around the world

Tilapia could feed billions around the world 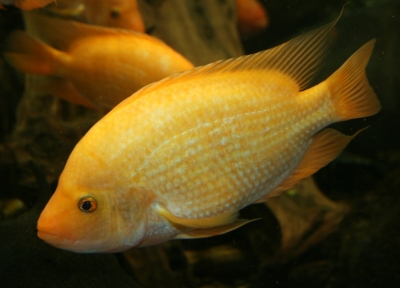 According to a recent report by the World Resources Institute that looked at the performance and sustainability of the world's aquaculture industry, fish production must grow by 133% until 2050 to meet projected worldwide demand.

In the paper, lead author Richard Waite argues for a shift in consumption towards fish from the lower end of the food chain, with the tilapia heading the list. The tilapia is only second to carp as the world's most cultivated fish, and itis fast overtaking the bangus, or milkfish, to become the most popular commercially bred fish in the Philippines, where it is providing increasingly more Filipinos on low incomes with access to a cheap source of protein.

Fishery experts have dubbed the tilapia as the "aquatic chicken" because of low-maintenance cultivation, and most importantly its widespread acceptance as a sustainable food. Its tolerance to different environmental conditions and high resistance towards diseases and parasitic infections has made it the mainstay of many small-scale fish farmers, especially in Philippines.

Other benefits include excellent growth rates on a low-protein diet, ready breeding in captivity and ease of handling.

For the consumer, the tilapia's herbivore diet means it does not accumulate pollutants and toxins, making it a safe food choice. Asis Perez, director of the Philippines Bureau of Fisheries and Aquatic Resources, has said of the tilapia's potential in the export industry: "From local consumption, it is fast-becoming a global commodity."

For the last year, a project to identify "super strains" of the Nile tilapia species has been carried out by Central Luzon State University. Dr. Tereso Abella, director of the university's freshwater aquatic centre, has said that identifying the best performing strain in the country will have vast social and economic benefits as it creates new employment opportunities and provide food security.
Source: The World Resources Institute