The road to sustainable tuna aquaculture

The road to sustainable tuna aquaculture 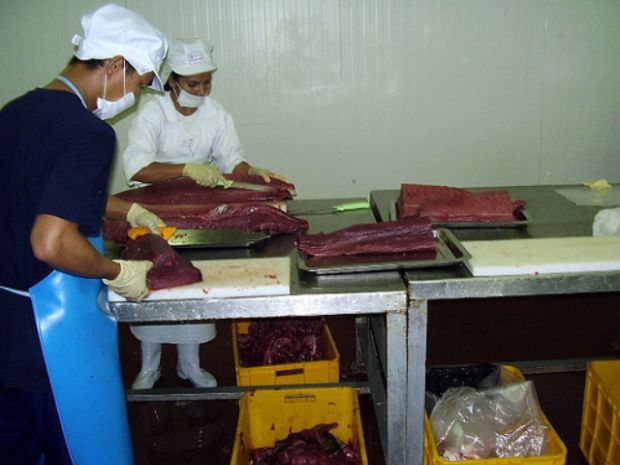 Domesticating Atlantic Bluefin Tuna may help meet the food industry’s demand for this endangered species. However, making such an endeavour sustainable is a challenging task.

The EU-funded project Transdott, due to be completed in September 2014, aims to establish a sustainable and commercially viable aquaculture for Atlantic Bluefin Tuna. “This is the only way to reduce the pressure on the natural stocks,” says project coordinator Christopher Bridges, professor of Zoology at the Heinrich-Heine-University Düsseldorf, in Germany.

The project builds on several previous projects. “We have achieved a number of milestones,” Bridges tells youris.com. Amongst others, project scientists developed a hormone-based method to make the fish reproduce in captivity. But the fish reared in captivity have not yet reached breeding age.

The current project involves scaling up tuna production and making the endeavour economically viable. But project scientists still need to tackle some problems.

Nevertheless, Bridges hopes to have the production of eggs and fingerlings commercially viable within the next few years. “We have got most things in place,” he says.

One expert welcomes these efforts. “The management of the Mediterranean Atlantic Bluefin Tune stock is starting to be achieved. But surely the capture must be limited,” says Wayne Hutchinson, aquaculture expert at the South Australian Research and Development Institute in West Beach, Australia. “Full-cycle aquaculture provides the possibility to relieve pressure on the wild stock and contribute to sustainability,” Hutchinson tells youris.com. He regards the science-based approach and the degree of collaboration as impressive. In Hutchinson’s view problems such as cannibalism and wall collisions need to be progressed before sustainable aquaculture of propagated tuna can be realised. “

But another expert is critical. “The best course of action for the Bluefin is to reduce the quotas to let the wild populations increase to some approximation of their original size,” says Bruce Collette, chair of the IUCN tuna and billfish specialist group and senior scientist at the systematics laboratory of NOAA’s National Marine Fisheries Service in Washington DC, USA. “I do not believe that Bluefin will be successfully domesticated,” he says.

Collette is worried about the high volume of forage fish needed. He is also concerned about environmental impact. There may be “an increase in parasitism as has occurred in the Australian ranching of the Southern Bluefin,” Collette explains. Parasites might jump to migrating wild populations. Moreover, he concludes: “there is the problem of proper disposal of all the tuna’s waste products without adversely impacting the local environment.”
Source: Youris