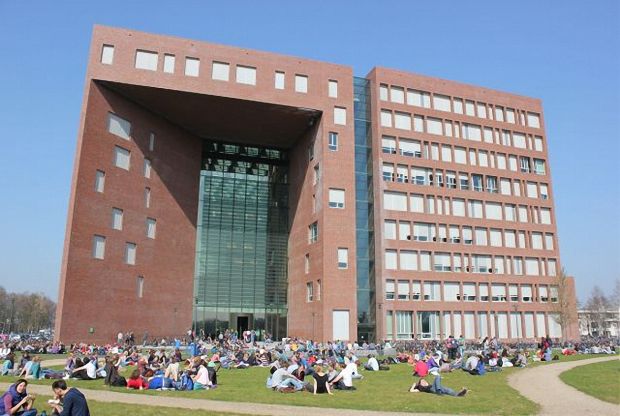 Campus of the Wageningen Universtity

THE NETHERLANDS, Wageningen. Using a unique manufacturing process, Dutch food technologists have developed a plant-based protein that can match the texture of steak and is the most sustainable of all meat alternatives, they say in their paper “On the use of Couette Cell technology for large scale production of textured soy-based meat replacers” published in the Journal of Food Engineering.


Developed through a public-private collaboration of food technologists from Wageningen University, TU Delft, the Vegetarian Butcher and the Peas Foundation, the product is not yet ready for the market nor does it have a name. Lead researcher Atze Jan Van der Goot refers to it as “the fibrous structure that c an form the basis for a meat analog”. But major Dutch manufacturer of meat-alternatives, the Vegetarian Butcher, has already expressed interest.

Van der Goot and his team are now looking for additional funding to scale up the prototype which uses shear cell technology to match meat fibres. A catchier name may also follow.

Aside from the fibrous texture that resembles steak more than other alternatives, Van der Goot says a major advantage is that the material offers great f lexibility in terms of scalability. A local butcher could install a small machine in his shop to produce the material on site or it could be mass-produced in a factory

While other meat replacements are often limited to small mince-meat size pieces, the Wageningen technologists can produce pieces with a thickness of 3 cm, meaning it could easily resemble a steak or chicken breast.

The manufacturing process is also much more energy efficient than other traditional methods of forming textured vegetable protein, such as extrusion.

For Niko Koffeman, co-founder of the Vegetarian Butcher, one of the driving factors to develop a product similar to meat was to target meat-eating consumers and, in this way, offset the growing and unsustainable global demand for meat. But for this to work a resemblance to real meat is crucial.

Van der Goot also sees the plant material being sold not in alternative “ethical” shops marketed to vegetarian or vegan consumers but in butcher shops sold a longside meat, adding that he knows butchers who have had requests for this from their meat-eating customers.