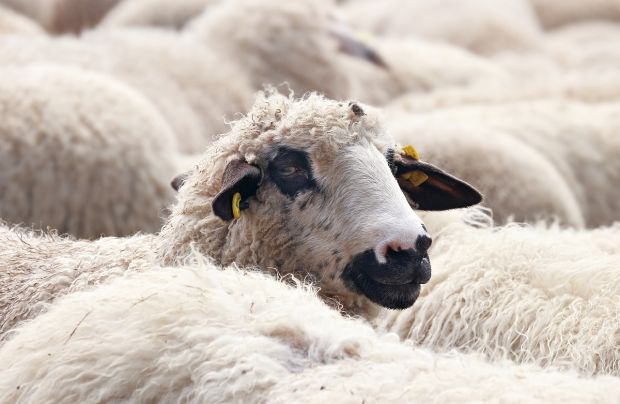 ROMANIA, Vaslui. Romanian cooperative Tara Mea has unveiled plans to establish a slaughterhouse and a cutting facility for sheep under an investment estimated to be worth some €6mill.

The project is expected to increase the availability of Romanian sheep meat in the domestic market. As part of the project, the cooperative has signed a number of agreements with the country's three breeders' federations and ten shepherds' associations, which together represent as much as 95% of Romania's sheep meat production.

Florin Burculescu, president of the Romanian cooperative, said that expanding Tara Mea's product range with sheep meat necessitated the construction of a cutting facility that would be designed for sheep only, taking into account the relatively low demand for such meat in the market. Currently, the cooperative mainly breeds pigs, and delivers up to 1,000 head per day.

"For instance, at a slaughterhouse, you have orders for 200 animals per series, and not 2,000. This means that the cutting facility must be cleaned before the 200 sheep are slaughtered, then disinfected again in order to resume the slaughtering of pigs. There are only two sheep slaughterhouses in Romania, but they only operate for exports," Burculescu said in a statement. Due to this, slaughterhouse owners hold major control over the market, and local sheep breeders struggle to make their operations profitable. The new cutting facility is to be fitted with a capacity of some 50 t per day, allowing the cooperative to supply sheep meat to the domestic market.

The Romanian cooperative is based in Vaslui, in the country's north-eastern region. Tara Mea was set up in 2015 at the initiative of the local offshoot of German retail chain Kaufland. In 2016, its products were introduced on the retailer's shelves. Two years later, the cooperative and Kaufland jointly launched the National Programme for 100% Romanian Pork, which further increased the presence of Tara Mea's meat at the retailer’s outlets across the country. Last October, Kaufland opened its 120th store in Romania.

The latest development is part of Kaufland's efforts to raise the availability of local products on the shelves of its Romanian outlets, as local authorities have been pressuring retailers to sell predominantly local produce. In 2016, the Romanian parliament voted to pass the so-called 'supermarket law', which was intended to force retail chains with revenues of more than €2 mill. per year to source 51% of food products, such as meat, eggs, fruit, vegetables, baked goods, honey and dairy, from local producers. Local retail chains have protested against the law.

Tara Mea comprises about 800 farmers active in pig, poultry and sheep breeding, as well as dairy processing and the cultivation of vegetables. The facilities that are part of the cooperative are manned by about 4,000 staff, according to data released by Tara Mea.