The deal could lower food safety 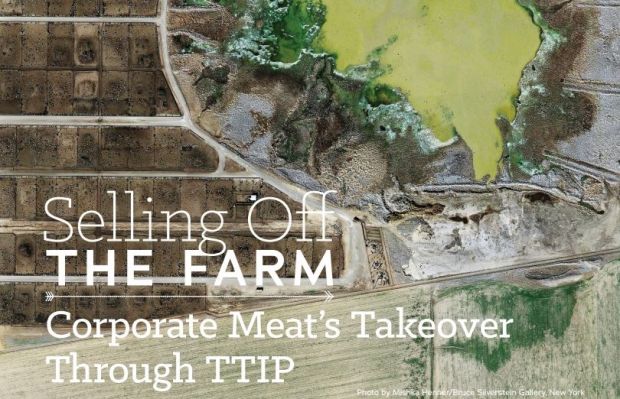 USA, Minneapolis, Minnesota. The controversial trade deal between the EU and the US could give multinational companies increased power to challenge food laws that impact their bottom line, according to an analysis by the US-based Institute for Agriculture and Trade Policy (IATP).


A new analysis of the Transatlantic Trade and Investment Partnership (TTIP) highlights how businesses could sue for “anticipated lost profits” they attribute to new food and farming regulations covering everything from GM contamination and animal welfare standards to warning labels on sugary drinks and pesticide use.

The report “Selling Off the Farm: Corporate Meat’s Takeover Through TTIP” is based on an in-depth examination of public negotiating positions, leaked negotiating texts, and industry documents. The authors argue that in each issue they looked at – from climate and the environment to genetic modification and food safety – consumers in both Europe and the US are interested in seeing stronger, more effective regulations. TTIP will take people in the opposite direction and set the global standard for other trade deals.

The investigation also found the big players in the meat industry to be aggressively using TTIP to lower standards that protect public health, and undermining governments’ ability to create essential labor, environmental and animal welfare reforms. It also compares the centrally-located EU food safety regime run by EFSA and the “hodgepodge” of 15 authorities in the US.