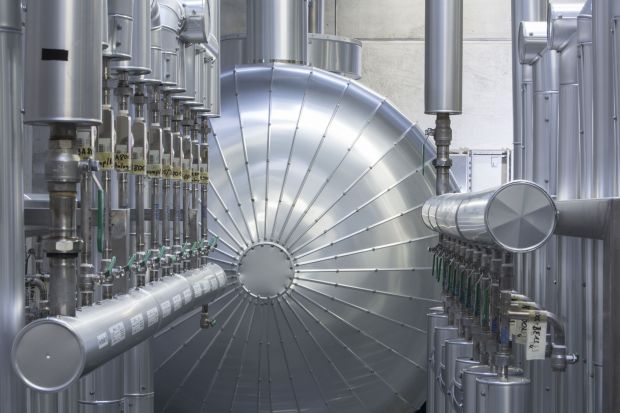 GERMANY, Holzminden. The new Corporate Report “Unfolding Strengths” once again shows how Symrise succeeds in thinking long-term, acting sustainably and combining the interests of all stakeholders.


As a globally operating company, Symrise actively contributes to the United Nations’ Sustainable Development Goals (SDGs). The company explicitly takes these into account in its sustainability agenda, which represents an integral part of its corporate strategy. To clarify the relevance of the Sustainable Development Goals and to determine Symrise’s opportunities to exert influence, the company adjusted its key areas for improvement in 2017. These illustrate the areas where the company can contribute via responsible business practices.

Specifically, Symrise aims to further increase resource efficiency and further minimize its ecological footprint. Symrise committed itself this past year to reducing its greenhouse gas emissions by 17.5% by 2030 as part of its Science Based Targets initiative. In terms of value added, the company has already reduced the chemical oxygen demand in wastewater by 15.3% and sensitive waste by 9.7%. Symrise is also on the right track when it comes to procurement: 80% of main suppliers are currently assessed according to sustainability criteria, and this figure should reach 100% by 2020.

The Corporate Report describes how the company achieves and embodies these goals in extensively researched and carefully prepared reports. These reports seek to answer questions like: Why are alternating winds in Calabria so important for the quality of bergamot? How do entrepreneurial spirit and innovation go hand in hand? What health-promoting effects do cranberries have? And, what role do aquacultures play in global food supplies?

For instance, the Carbon Disclosure Project (CDP) counts Symrise as one of the top 25 companies worldwide with regard to sustainable business. For its efforts both in the reduction of greenhouse gas emissions and water protection, Symrise received the highest rating of an A. For its responsible approach to forest conservation, Symrise was awarded an A- on a scale of A to D.

With the “Science Based Targets” initiative (SBT) of the UN Global Compact and WWF, Symrise is also one of the world’s first 65 companies (out of roughly 360 participants thus far) to have its climate strategy, with its science-based climate protection measures, approved by the SBT.

Symrise is primarily growing from within while acquiring companies that contribute additional expertise or open up new market segments. By expanding its presence in China, India and Vietnam, Symrise was also able to increase its share of sales in emerging markets to 44% in 2017.