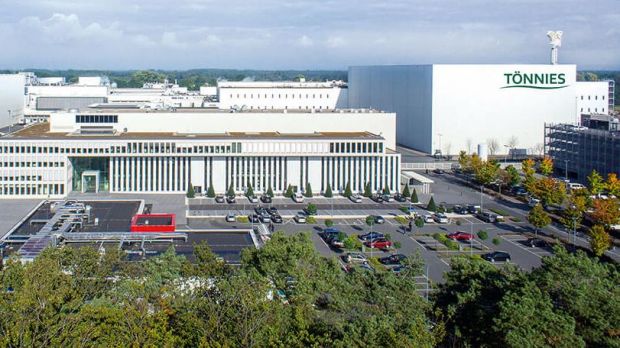 Over the next ten years, sustainable production chains for pork and beef shall be established.

GERMANY, Rheda-Wiedenbrück. In the middle of a heated debate about food prices and meat consumption, Germany's largest butcher is going on the offensive. In the new "t30" agenda, Tönnies names concrete goals for animal welfare and sustainability.


The company management has set itself the Agenda t30. This defines a sustainability charter that fulfils the mission of supplying protein for billions of people while at the same time meeting the social demands on meat production, maintaining the profitability of the company and its agricultural partners and securing jobs in the long term.

Tönnies has the goal of working in recognised sustainable production chains for pork and beef by 2030. This can only be achieved by balancing the economic, social and ecological aspects of management in operations and those of suppliers, the company has published at its German website.

With Agenda t30, the Tönnies Group has set itself concrete corporate sustainability goals for the next decade, which are divided into three groups:

In terms of closed substance cycle management this means e.g. 70% of the delivered animals from supra-legal forms of husbandry for animal welfare and climate protection and 500 agricultural partners with animal welfare stables. 75% of antibiotics shall be reduced and 30% less nitrate in the liquid manure is a goal. Up to 2030 no South American soy and no palm oil shall be used.

Resource protection means 50% CO2 and water reduction in the production plants compared to 2010. Half of electricity shall be produced in own production plants, 70% less packaging and 100% recycled packaging material are other goals.

For social cohesion more company apartments will be offered for the workers and the death of farms shall be slowed down by creating future prospects for agricultural producers. Not at least Tönnies wants to improve knowledge of the importance of animal production for cohesion and economic strength in rural areas.