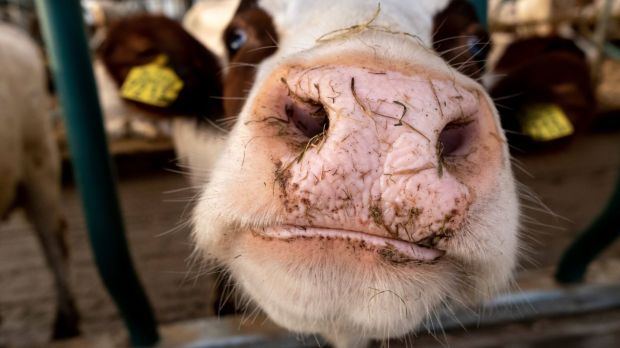 The proposal is also being discussed in the Netherlands.

BELGIUM, Brussels. This wednesday members of the European Parliament will discuss a plan to significantly reduce European CO2 emissions, boost the EU’s biodiversity, public health, animal welfare goals, and increase farm income by € 10 to 15 bn. per year according to a plan made by the TAPP Coalition.


The plan is to increase the price of meat across the EU to reflect its environmental costs. All revenues will be 100% re-invested. The plan, developed by the organisation for a fairer meat price, was supported over the last year by a majority of Dutch consumers (63%) in a survey last year. The EU parliament will not vote about it, but during the event the proposal is presented and discussed amongst MEPs present.

The proposal for fair meat prices, sustainability costs included, is set out in a new report written by CE Delft, commissioned by the Coalition, called “A sustainability charge on meat”. It calls for a new pricing model to be included in the European Green Deal and Farm to Fork Strategy. 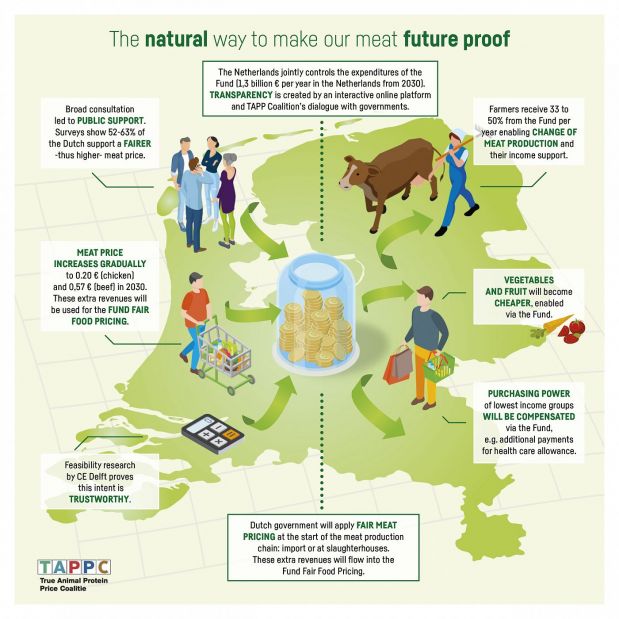 Based on the CE Delft report, TAPP Coalition also wrote a report with policy proposals for the EU Commission and Member States. A key aspect of the proposal is that revenues from the ‘fair meat price’ (a sustainability charge), estimated at €32.2 bn. per year across 28 EU Member States by 2030, could be used partly to help farmers to invest in more sustainable agricultural practices. It could also be used to lower VAT and consumer subsidies on vegetables and fruits, provide financial support for low-income households, and support developing countries to adapt to climate change and protect forests.

Who made the suggestion?
True Animal Protein Price (TAPP) Coalition is a coalition of health organizations, animal welfare and environmental organizations, social ventures and food companies working towards effective policy measures aimed to lower consumption of meat and dairy in the EU by introducing fair prices for meat and dairy products, including environmental and other cost. It was established in 2018 in the Netherlands and is a non-profit foundation since June 2019.

Researchers of CE Delft have explored the applicability and potential environmental savings of fairer meat pricing to Europe. Fair meat prices in Europe could lead to a reduction in CO2-eq. emissions of up to 120 mill. t of CO2 per year. This equals all CO2 emissions from four EU Member States: Ireland, Denmark, Slovakia, and Estonia, nearly 3% of all EU greenhouse gas emissions.