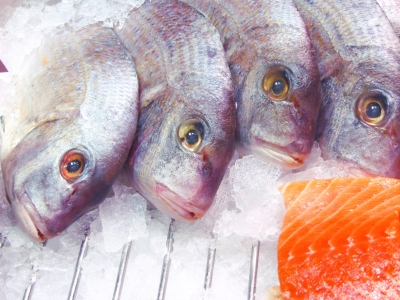 In a new study, two ASU scientists examine a largely unexplored area of research - the persistence of antibiotics in seafood raised by the rapidly growing industry of modern aquaculture.

Their findings appear in the current issue of the Journal of Hazardous Materials. The current research is the first to evaluate previously unmonitored antibiotics; it represents the largest reconnaissance conducted to date on antibiotics present in seafood.

In the study, 27 seafood samples were examined for the presence of antibiotics. The samples represent five of the top 10 most consumed seafood varieties in the United States: shrimp, tilapia, catfish, swai and Atlantic salmon. The National Oceanic and Atmospheric Administration (NOAA) acquired the samples from stores in Arizona and California.

Oxytetracycline, the most commonly used antibiotic in aquaculture, was the most prevalent in the study samples. Surprisingly, the study also detected this antibiotic in wild-caught shrimp imported from Mexico, which the authors suggest may be due to mislabeling, coastal pollution from sewage contamination or cross-contamination during handling and processing.

On the bright side, all seafood analysed was found to be in compliance with U.S. FDA regulations; however, the authors note that sub-regulatory antibiotic levels can promote resistance development, according to their extensive meta-analysis of existing literature.

Antibiotics also have the potential to affect the animals themselves, producing alterations in how genes are turned on or off and physiological anomalies. (The latter may include malformations of the spine in trout exposed to the antibiotic oxytetracycline, though more work will be needed to clarify this association.)

The current study offers a warning that antibiotics present at levels well below regulatory limits can still promote the development of drug-resistant microorganisms. The dramatic increase in resistant and multi-drug resistant bacterial strains documented over the past three decades indicates that much more thorough monitoring of seafood supplies is needed, and a better scientific understanding of the nexus of global aquaculture, antibiotic use, drug resistance emergence and regulatory measures.