by Editor fleischwirtschaft.com
Sunday, May 08, 2016 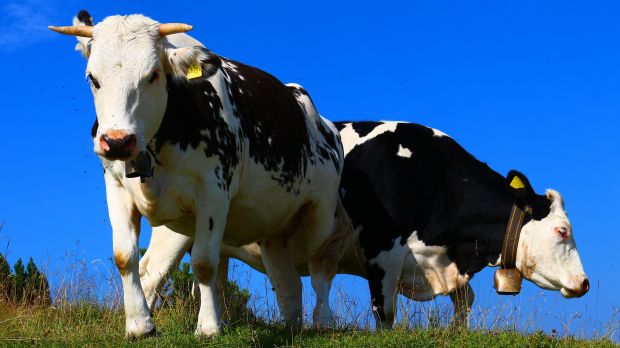 SPAIN, Madrid. Researchers at the Spanish National Research Council (CSIC) have taken part in a study of the effect of one molecule, 3-nitrooxypropanol, in inhibiting methane production in ruminants. The work has been published in the magazine, Proceedings of the National Academy of Sciences (PNAS).


Ruminants are animals which digest their food through fermentation carried out by microorganisms living in the rumen. This process produces organic acids: acetic acid, propionic acid, and butyric acid, all of which are absorbed and metabolized by the organism as a source of energy. But, in addition, it also produces methane, which escapes into the atmosphere in the form of gas.

By 2014, scientists had demonstrated the effectiveness of this molecule in sheep, but were unaware of how it actually worked. Now, in vivo research, using incubated anaerobic microorganisms from ruminants' digestive systems have revealed how the compound 3-nitrooxypropanol only had an effect on methane producing microorganisms (arqueas methanogens) and not on those which contribute to digestion (bacterias). As David Yáñez, a CSIC researcher at the Zaidin Experimental Research Centre in Granada (southern Spain) explains, "Up until now, no-one had described the mode of action of a compound which can repeatedly reduce (by 30%) methane production in animals without any risks, either to the animal's health, or to their productivity".

The results of this work open up the possibility of reducing methane emissions and of contributing to a reduction in global temperatures which is caused by greenhouse gases. In addition, "We will see an increase in the efficiency of ruminant production systems as better use is made of the energy taken in in animal feed, given that methane production accounts for a loss of up to 12% of the energy an animal ingests" notes Yáñez.

Both the University of Auburn in the USA and the Max Planck Institute in Germany collaborated on this project as did the Swiss company, DSM Nutritional Products, which developed and owns the patent to 3-nitrooxypropanol.