Study Nutrition while a pandemic 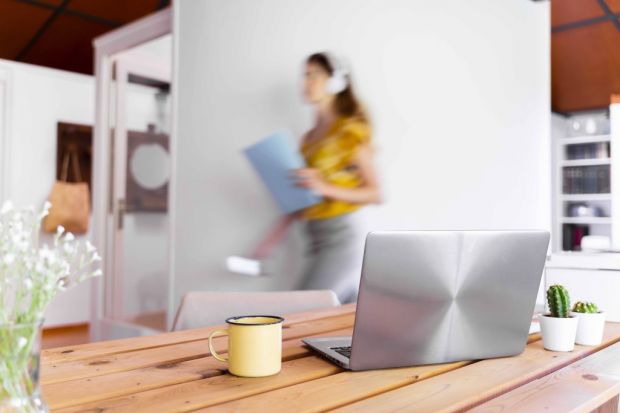 Photo: imago images / Westend61
The everyday life of many people was completely turned upside down by the Corona crisis.
Related Topics:

fleischwirtschaft.com — GERMANY; Berlin. The makers of the "nu3 Corona Study" examined the effects of the pandemic on eating, exercise and body weight.
Facebook
Twitter
Covid-19 completely turned the everyday life of many people upside down. The "nu3 Corona Study" provides answers to the question of how diet and exercise behaviour has changed in this extremely exceptional situation.

The study, whose results were collected in Germany, Austria and Switzerland, focuses on questions concerning the effects on nutrition, exercise and body weight in times of restricted everyday life, social distancing and home office.

The effects of the corona crisis on body weight are amazing. A look at individual factors such as diet and exercise provides information about the reasons. At the same time, however, it should not be forgotten that some people even benefited from the exceptional situation.

46% of all respondents noted no change, 32% an improvement and 22% a deterioration in their diet. While the negative effects on nutrition were generally independent of the place of work, the latter certainly had an influence on positive effects: Of all those surveyed who worked from home, significantly more of those who did so noticed an improvement than those who did not work at home (39% vs. 25%). Professionals who are offered a home office option beyond Corona have the advantage that they can contribute more to their health through these positive effects.

If we look at the positive effects on nutrition in the home office in detail, the following is striking: Frequent cooking with fresh food is now easier for 34% of all respondents. One quarter noticed a positive change in terms of conscious eating away from the desk. Just as many stated that they were now more concerned with their own diet. In contrast, however, unhealthy snacking now posed an even greater problem. Women, those under 25 and people in the home office are particularly affected by this snacking effect.

Even before the corona restrictions, one fifth of those surveyed found it difficult not to snack. This proportion rose to 44% of all respondents due to the crisis. The situation is similar with a balanced diet adapted to calorie requirements: While one quarter of each respondent had already experienced difficulties before, the crisis increased the proportion by around another 20 percentage points.

41% of all respondents noted a negative effect on their physical activity. Compared to diet, this aspect thus worsened for almost twice as many people. This is certainly also related to the fact that the population was encouraged to go outside only for important reasons. Surprisingly, the negative effects differ only slightly between those who worked from home and those who did not work from home.

In contrast to the place of work, the place of residence has a decisive influence: In cities, significantly more people are affected by a reduced amount of physical activity than in rural areas (48% vs. 34%). Nevertheless, home office workers in particular noticed a positive change in their physical activity frequency: 36% said that they improved their sporting activities during the Corona crisis - eight percent more than those who did not work from home.

The extensive corona restrictions led to weight gain in a quarter of the respondents in the first four weeks after the start of the restrictions in public life. More than every second person gained 1 to 3 kg, every fifth even between 3 and 5 kg. Extrapolated to all adults, approximately 18.5 million Germans were affected by weight gain. Within the first month, a total of 47.8 million kilograms had already accumulated in the weight account of German citizens.