Study: Could this food additive cause celiac ...
Study

Could this food additive cause celiac disease? 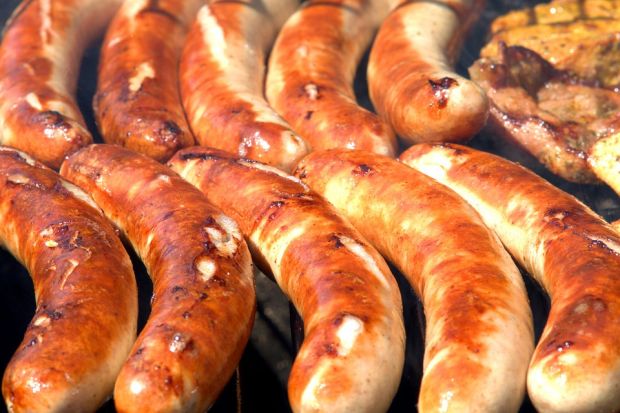 Research suggests that celiac disease could be caused by a bacterial enzyme used to manufacture sausages, cheese, bread and other processed foods.

Myths about gluten are hard to bust. Intolerance, allergy, sensitivity, hypersensitivity. Celiac disease is none of these things. It is an autoimmune disorder, where gluten triggers the immune system to attack the gut. It is common, lifelong, and can seriously harm health – but nobody knows for sure what causes it. Now a review in Frontiers in Pediatrics says a common food additive could both cause and trigger these autoimmune attacks, and calls for warnings on food labels pending further tests.

Exactly what causes this autoimmune reaction to gluten – a protein found in wheat, rye and barley – is uncertain. As a result, myriad environmental factors have proposed to interact with genetic risk to cause celiac disease. These span infections, food and toxins; vaccination, drugs and surgery. Most recently, food additives have been suggested to contribute. Among these, microbial transglutaminase – a bacterial enzyme heavily used in industrial processing of meat, dairy, baked and other food products – has emerged as a likely culprit, according to the new review.

The enzyme microbial transglutaminase is heavily used in the food processing industries to ameliorate food qualities and elongate the products' shelf life. As a protein's glue, it cross-links gliadin peptides, creating neo-complexes that are immunogenic and potentially pathogenic to celiac disease communities. Even lacking sequence identity, it imitates functionally the endogenous tissue transglutaminase, known to be the autoantigen of celiac disease and representing an undisputable key player in celiac disease initiation and progress.

“Microbial transglutaminase can glue together proteins, so it’s used to improve food texture, palatability and shelf-life,” says co-author Aaron Lerner, visiting professor at the Aesku.Kipp Institute in Germany. “This enzyme functions like the transglutaminase produced by our body, which is known to be the target of autoimmunity in celiac disease.”

“Ultimately all we have so far are associations between microbial transglutaminase and celiac disease. To test whether this enzyme causes or triggers immune damage in celiac disease will require experimenting with exposure in animal models, intestinal cell lines or biopsies”, concludes Lerner their results.