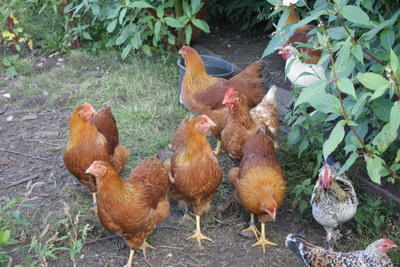 Lower Saxony is the centre of chicken production in Germany and the new rules could put the competitiveness of the German poultry industry at risk.

If violations are not corrected and conditions do not improve, farmers need to reduce their stocking density. Therefore, data in slaughterhouses will be collected and reported to the competent veterinary authorities.

If more than 20% of severe injuries to chicken feet are being tracked, the stocking density is automatically reduced by the legally permitted 39kg per square metre to 35kg, and then to 32kg per square metre.
The goal of the new rule is to provide more space for the animals. The state of Lower Saxony is the centre of German chicken production with two-thirds of the German chicken being produced there, and the percentage of poultry exports from Lower Saxony is also two-thirds of total exports.

There are two trade-related aspects arising from stricter rules for chicken production in Lower Saxony. First, within the EU, implementation of national standards or standards on state Level prior to the EU puts German farmers at a cost disadvantage. Germany's poultry industry has expanded dramatically in the past decade, fuelled by exports. The industry's ability to mitigate costs while still meeting new standards poses a challenge.

Second, longer-term, there is the real possibility that today's standards will become tomorrow's trade restrictions. Clearly, animal welfare has become an important political topic in Germany and, in the run up to elections last autumn 2013, the Green Party has made it a campaign issue. The Green Party's main initiative is restricting large scale animal operations, which are portrayed as having more animal welfare Problems than smaller farms.
Source: The German Federal State of Lower Saxony