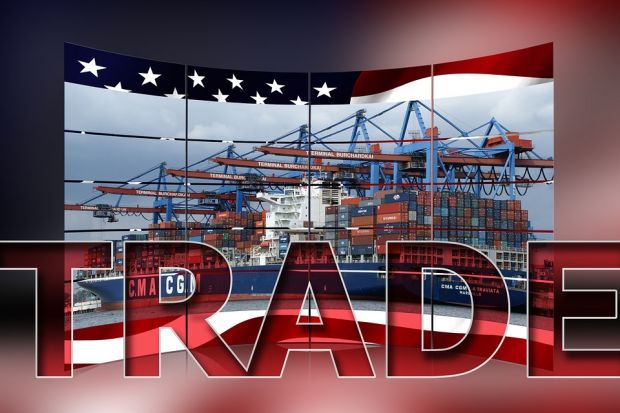 The US pork industry faces numerous challenges both at home and abroad that, NPPC President David Herring testified before the House Agriculture Subcommittee on Livestock and Foreign Agriculture.

USA, Washington. The US pork industry faces numerous challenges both at home and abroad that, if not addressed, will pose significant harm to our farms, rural communities and ultimately consumers, National Pork Producers Council (NPPC) President David Herring, a pork producer from Lillington, N.C., testified before the House Agriculture Subcommittee on Livestock and Foreign Agriculture.


“One of the most damaging threats to the US pork industry has been the punitive, retaliatory trade tariffs that China and other countries have imposed,” Herring told the subcommittee. China is the largest consumer and importer of pork in the world, but US hog farmers have been sidelined, Herring told the subcommittee, due to China’s 62% tariff on American pork that have cost domestic producers $1 bn. on an annualized basis.

“There is an unprecedented sales opportunity for US pork producers in China as that country continues to battle the spread of African swine fever and experiences a major reduction in domestic production,” he said. “Instead, this trade opportunity is fueling jobs, profits and rural development for our international competitors. We seek an end to the trade dispute with China and the restoration of more favorable access to the world’s largest pork-consuming nation.”

Herring also called for expeditated negotiation of a trade agreement with Japan, where US pork producers are losing market share due to new trade agreements Japan has formed with the European Union and TPP-11 nations.

In addition to trade issues, US pork producers are working to prevent the spread of African swine fever (ASF), an animal disease affecting only pigs and with no human health or food safety risks, Herring explained to the subcommittee. “We can all agree that we need to keep this deadly swine-only disease out of the USA,” he said. To that end, NPPC has been advocating for strengthened biosecurity at our borders and is requesting appropriations funding for 600 additional US Customs and Border Protection Agricultural Inspectors at our borders.

In his testimony, Herring also highlighted several other priorities for US pork producers, including: