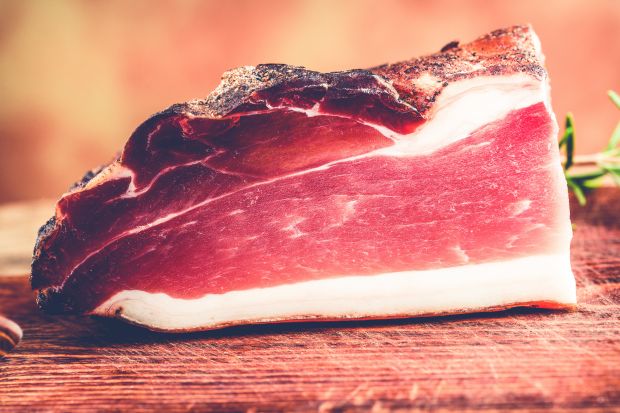 2020 also marked a decline in production for Speck Alto Adige PGI, but a stable share was recorded for the South Tyrolean specialty.

ITALY, Rome. Data emerged during the annual meeting, during which the new president of the Speck Alto Adige Protection Consortium, David Recla, was also elected.


2020 also marked a decline in production for Speck Alto Adige PGI, which recorded 4.4% less than in 2019, but a stable share was recorded for the South Tyrolean specialty (41.2%). These are the data that emerged during the annual meeting, which was held on February 20. During the virtual event, the new president of the Consorzio Tutela Speck Alto Adige was also elected, David Recla, who recognizes the decline in production but says he is confident for the future, counting on the quality of the product and on the numbers, which confirm his preference of the IGP mark by consumers.

Italy is the main market

Other data from the assembly show that in 2020 the Italian market remained the main commercial outlet for Speck Alto Adige PGI (66.5% with an increase of 2 percentage points on 2019), especially in the Northern regions and within the South Tyrolean territory, but demand from Southern Italy and countries beyond national borders is growing more and more: the foreign market in fact represents 33.5% of the remaining marketing share and it is above all Germany (which increases the percentage share at 28% from 26% last year) and the USA (1.7%) to record an increase in the popularity of Speck Alto Adige PGI, placing it among the most exported Italian delicatessen products. Followed by France (1.4%), Austria (0.9%) and Switzerland (0.7%).

The main sales channel in Italy remains large distribution (GDO) with 68.5%. Discounts follow with 17%, wholesalers with 5.4%, retail with 4.3% and gastronomy with 2.2%. Retail is particularly widespread, especially within the South Tyrolean borders (41%). Pre-sliced speck remains the first choice for consumers: 44,783,524 million packs of pre-sliced speck were produced in 2020, an increase of 16.6% compared to 2019. The 100 g pack is still the best-selling but also growing those of 50 g, 60 g and 70 g designating a clear picture of how consumption habits have changed in the last year. In total, a package of Speck Alto Adige PGI was produced for 75% of Italians.

The product is checked by the Independent Institute IFCQ Certifications (Friulian Quality Control Institute), which pays specific attention to traceability, from the raw material to the finished product. In 2020, checks continued to be carried out, often also electronically, for a total of 673 inspections involving 50% of the South Tyrolean territory and in 92.3% of cases, no non-compliance was found on the product or on the price tag.