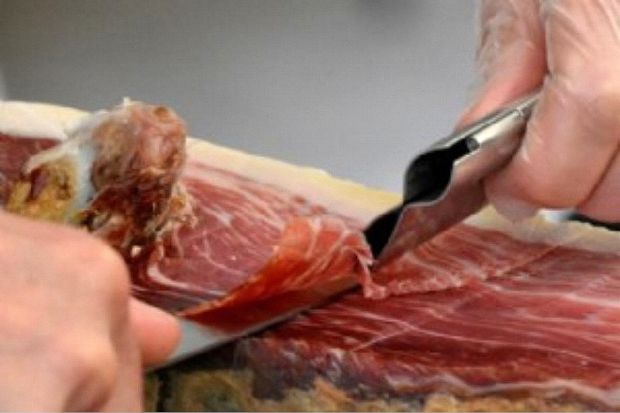 fleischwirtschaft.com — SPAIN, Madrid. The main meat product companies in Spain view positive at the 2014 sales performance, which reflects an increase with respect to 2013. In the first few months of 2015, this upward trend continued and is creating positive expectations for the year as a whole.
Facebook
Twitter

That's the situation for Cárnicas Tello, for example, which expects growth of 7% in 2015, while ElPozo Alimentación and Espuña expect growth for 2015 to be in line with last year, at 9.1% and 7%, respectively. For Campofrío, which saw sales expand by 1.1% in 2014, the goal this year is to maintain that positive trend, increasing sales and revenues.

In line with the increase in modern distribution channels, self-service products are registering a better performance.

However, Argal noted a change in trend in 2014: "There are consumers who continue to prefer buying meat which is cut on the spot at the butcher's". Over the course of 2014, Argal focused on launching Bonnatur and Bocaditos Argal Oliving, the first cooked ham and turkey breast snack that doesn't require refrigeration.

Cárnicas Tello highlights convenience as an important characteristic of new formats. Products launched in 2014 include turkey sausages, Toledo-style sausage, Diamante York ham, and canned cooked turkey ham, all of which have been very popular with consumers.

In terms of product type, Campofrío underlines the favourable performance of chicken and turkey products, especially those that are braised, and charcuterie such as fuet (a thin Catalan sausage), which has the greatest number of new buyers.

Espuña, for which packaged self-service products account for 66% of its sales volume, expanded its Cañitas range with four new flavours (BBQ, spicy chorizo, curry chicken and roast chicken), a line of products which was Product of the Year in 2012 and received the PITA award for snacks in 2014 from the Catalonian government.

All of the companies agree that innovation is fundamental for knowing how to adapt to the needs and demands of consumers and is a driver of future growth. Argal launched its line of Bonnatur sliced deli meats, an example of successful innovation based on quality and transparency. Espuña focuses especially on offering quality, allergen-free products with a view to meeting the needs of different types of customers.

The foreign market is a strategic channel for Spanish companies, and accounts for 20% of sales in the case of Argal and Cárnicas Tello, and 50% in the case of Campofrío Group and Espuña. Moreover, international markets are also part of those companies' plans for expansion as they offer greater opportunities for growth than Spain.

Producer companies believe the meat product sector is stable in general, and they maintain optimistic, albeit moderate, expectations in terms of future sales growth. The main meat producers in Spain remain focused on innovation to meet consumer demands, giving priority to comfort, price and healthier products.