by Editor fleischwirtschaft.com
Friday, May 16, 2014 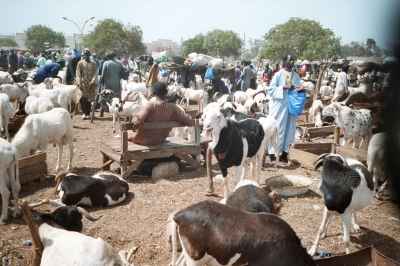 The government of South Korea has earmarked about $1mill. annually for agricultural research and popularising of the developed technologies amongst Ugandan farmers.

The research activities to be hosted at Kawanda will be conducted by a team of scientists both from South Korea and their Ugandan counterparts.

South Korea has so far funded the establishment of the Korean Project on International Agriculture (KOPIA) hugely funded by Rural Development Administration (RDA), the country's research and extension body.

Dr. Jee Hyeong-Jin, the director of KOPIA Uganda addressed stakeholders in the agricultural sector at the center's official opening presided over by state minister for agriculture; Prof. Zerubabel Nyiira.

Its establishment followed President Yoweri Museveni's visit to Korea in May 2013 where he expressed the need to have their activities replicated in Uganda. Later, in June 2013, a memorandum of understanding was signed between the ministry of agriculture and RDA's representative.

Hyeong-Jin noted that the in the first year of the project's implementation, emphasis has been put on infrastructural development. NARO's deputy director general in charge of technology promotion and innovation, Dr. Imelda Kashaija, said emphasis shall be put on horticultural crops.

On his part, the minister applauded the South Korean Government for funding several agricultural projects like the National Farmer's Leadership Centre at Kampiringisa in Mpigi district and fruit factory in Soroti district.

South Korea's Ambassador to Uganda; Park Jong-Dae said the farm school being constructed at Kampiringisa in Mpigi district will be completed in May and admissions for the first batch of trainees will start in July 2014. He said there will also be provisions for poultry and piggery pens, five green houses for vegetables, flowers, mushrooms and demonstration gardens for other crops.

Farmers expressed gratitude over the center's establishment saying that they are eager to adopt the technologies that will be developed under the collaboration.
Source: News Vision