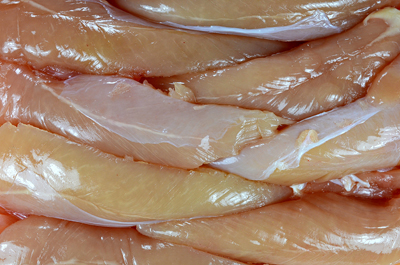 SWITZERLAND, Geneva. The US and South Africa have reportedly made progress on the technical health and sanitary discussions related to the imports of poultry, pork, and beef meat from the United States, following a strategic dialogue.


This development comes after growing frustrations from Washington over the alleged lack of implementation of the Paris agreement reached in June, which was meant to pave the way for the re-entry of US chicken imports to the South African market.

Since 2000, imports of certain US chicken products into South Africa had been subject to anti-dumping duties of above 100 percent, which US poultry meat exporters deemed unfair. Under the Paris agreement, South Africa committed to end these duties on US chicken and resume imports, initially at levels of 65,000 t a year.

A separate set of actions was then envisaged in order to resolve the remaining sanitary issues related to poultry, pork, and beef after South Africa raised concerns over an avian influenza outbreak in several US states. This led the former to delay the effective implementation of the agreement.

The South African government welcomed the agreement by US and South African veterinary experts on the meat import issues as a breakthrough, according to the Citizen, an online news platform. On poultry, experts settled on a protocol and health certification allowing for the import of poultry from areas in the US that are not affected by the virus.

A statement issued on Tuesday by South Africa’s Ministry of Trade and Industry confirmed that the two sides aim to finalise the terms and conditions for poultry export certificates by 15 October in order to resume shipments from the US by year’s end.

In a letter addressed to South African President Jacob Zuma, US senators Johnny Isakson and Chris Coon requested that Pretoria follow the World Organization for Animal Health (OIE) guidelines and implement a “policy of regionalisation for pathogenic avian influenza,” along with adopting language for export certificates. They specified that without these issues being addressed and in place, US companies would not be in a position to ship any product, regardless of the terms of the Paris agreement.

According to commentators, the common understanding found this week appears to address this issue of “regionalisation,” as South Africa agreed to only ban poultry imports from specific areas of the US affected by the virus.