Record export of livestock in 2014

From Editor fleischwirtschaft.com
Friday, May 08, 2015 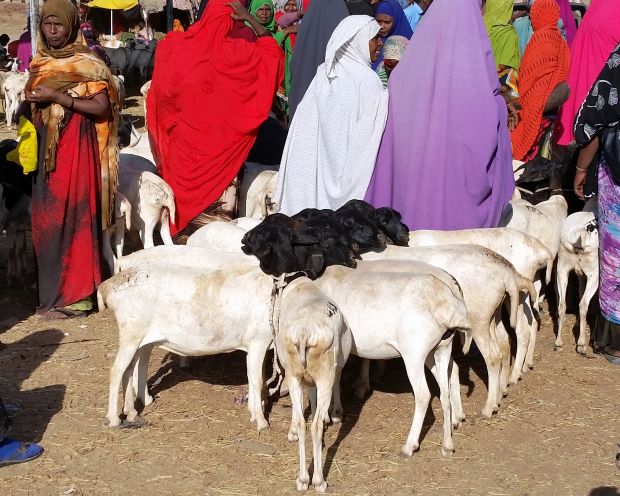 SOMALIA, Mogadishu Somalia in 2014 exported a record 5 mill. livestock to markets in the Gulf of Arabia thanks to heavy investments in animal disease prevention backed by the European Union and the United Kingdom, FAO said.


This is the highest number of live animals exported from Somalia in the last 20 years.

The export data, collected by the FAO-managed Food Security and Nutrition Analysis Unit (FSNAU), indicates that Somalia exported 4.6 mill. goats and sheep, 340,000 cattle and 77,000 camels in 2014, worth an estimated $360 mill.

Livestock is the mainstay of the Somali economy, contributing 40% to the country's Gross Domestic Product.

Saudi Arabia, in particular, has contributed to steadily rising exports over the last six years, following a move to lift a 9-year ban on the import of livestock from Somalia aimed at preventing the spread of Rift Valley fever.

For the last five years, FAO, with financial support from the European Union and the UK government, has engaged with the Somali government to invest heavily in livestock infrastructure, fodder production and livestock vaccination and treatment services. Transboundary animal diseases have been a major point of attention because they can kill large numbers of animals, resulting in food shortages, market disruptions and trade and export barriers.

Every year, FAO vaccinates an average of 12 mill. animals in Somalia against peste des petits ruminants (PPR) – a highly contagious and often deadly viral disease of goats. Another 12 million goats are treated and vaccinated every year against Contagious Caprine Pleuropneumonia (CCPP), a source of major losses among Somali livestock producers.

With trade of live animals booming, FAO is now working with the Somali government and partners to identify other opportunities to derive added value from livestock by-products.