Snacks are a growing market all over the worl...

Snacks are a growing market all over the world 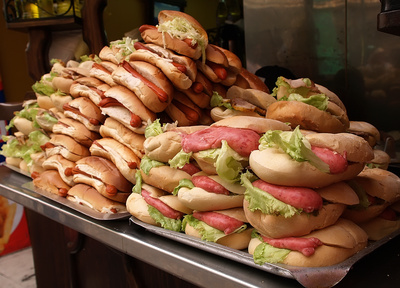 Snack foods have a permanent place in consumers'
lifestyles, and demand is spurring year-over-year growth around the world, according to Nielsen's Global Survey of Snacking.

Consumers around the globe spent $374 bn. on snack foods annually between 2013 and 2014, a year-over-year increase of 2%. Europe and North America lead worldwide snack sales with $167 bn. and $124 bn. spent respectively, but annual snack sales are growing faster in developing regions, Nielsen reported. Asia-Pacific ($46 bn.) and Latin America ($30 bn.) increased 4% and 9%, respectively, while sales in the Middle East/Africa ($7 bn.) grew 5%.

Nielsen reports the fastest-growing snack categories include savoury snacks such as crackers, rice cakes and pita chips. Sales of these snack items increased 21% in the last year in Latin
America. Meat snacks such as jerky and dried meat grew 25% in the Middle East/Africa and 15% in North America. Refrigerated snacks, which include yogurt, cheese snacks and pudding, rose 6.4% in Asia-Pacific, while dips and spreads such as hummus climbed 6.8% in Europe.

Ingredients, or lack of them, remain an important attribute to consumers who are mindful of their health, Nielsen noted. Snacks with all natural ingredients are rated very important by 45% of global respondents and moderately important by 32% - the highest percentages out of the 20 health attributes included in the study, Nielsen reported. Respondents also rated as very important the absence of artificial colours (44%), genetically modified organisms (43%) and artificial flavours (42%).

Additionally, one-fourth of Survey respondents want snacks that have either low or no carbohydrates. Conversely, roughly one-third are looking for beneficial ingredients, rating fibre (37%), protein (31%) and whole grains (29%) as very important attributes in the Snacks they eat.

The Nielsen Global Survey of Snacking polled more than 30,000 online consumers in 60 countries to identify which Snacks are most popular around the world and which health, taste and texture attributes are most important in the selection criteria.
Source: Nielsen