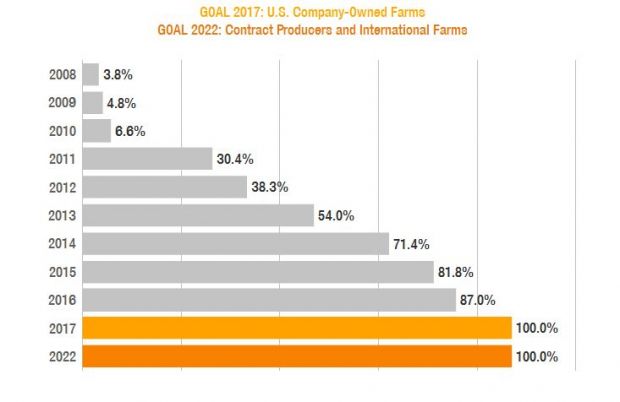 Actually nearly nine out of every ten of their pregnant sows are living in group housing. The change has cost several hundred mill. dollars, and on many of the farms, the transition process led to additional construction work, equipment and system upgrades and the development of new feeding and watering systems.