Seven out of 10 chickens positive for Campylo...

Seven out of 10 chickens positive for Campylobacter 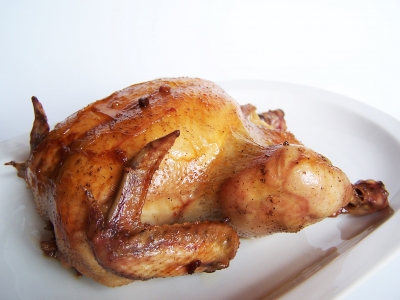 70% of chickens sold in UK supermarkets have tested positive for Campylobacter, according to the UK Food Standards Agency (FSA).

In total, 1,995 samples of fresh whole chilled chickens have been tested, data shows variations between retailers but none are meeting the end-of-production reduction target, said the FSA. The agency said the food industry, especially retailers, need to do more to reduce the amount of Campylobacter on fresh chicken.

Figures for the first two quarters of a year-long study show an increase in contamination from Q1 to Q2, likely due to samples being taken during summer months when an increase is often seen because of warmer weather.

Supermarket Asda was the worst performing with 78% of skin samples positive for the pathogen out of 312 samples. Testing also revealed 28% of skin samples higher than 1,000 cfu/g and 12% of pack samples positive. Tesco has the lowest rate of samples testing positive with 64% of the 607 samples, 11% above the highest level of contamination and 3% of pack samples contaminated.

The British Poultry Council (BPC) said it viewed the release of retail survey data as another step to reduce the number of cases of food poisoning by raising awareness amongst consumers.
Source: Food Standards Agency (FSA)