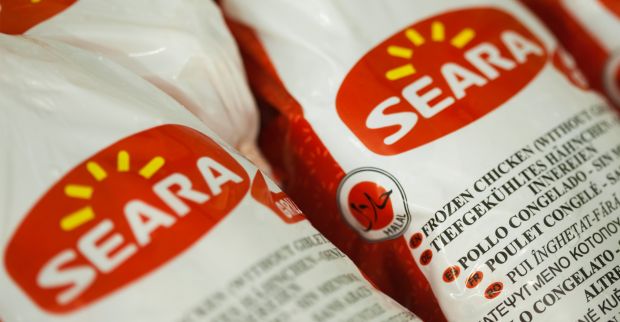 BRAZIL, São Paulo. JBS' Brazilian unit Seara has agreed an exclusive partnership with Chinese e-commerce business JD.com to market its pork. Formerly known as 360buy, JD.com, one of China's largest online retail platforms, is known for marketing a wide variety of products from the Asian market, from electronic to household items, as well as meats.


This is a debut contract between the Brazilian meatpacker and JD.com, according to JBS, who said Seara's poultry and pork products would suit the Chinese retail and foodservice industry. "China currently accounts for more than 20% ofJBS' consolidated exports, and much of Seara's poultry and pork exports are geared to sewing Chinese retail and foodservice," said JBS in a statement.

Seara has noticed a surge in interest from Asia for its pork in recent months after reopening the market in South Korea at the end of May.The Brazilian business unit distributed 50 t of pork cuts, including shank, shoulder, belly and sirloin to the Asian country after two years of negotiations. With South Korea being the world's third-largest importer of pork, Seara's director of external markets Antonio Augusto De Toni said the move represented "enormous potential" for the Brazilian pig industry.

JBS said it had prospects for other types of meat from Seara's portfolio to become available on the e-commerce site in the coming months.