Science: First beef with the goodness of fish
Science

First beef with the goodness of fish

From Editor fleischwirtschaft.com
Monday, May 18, 2015 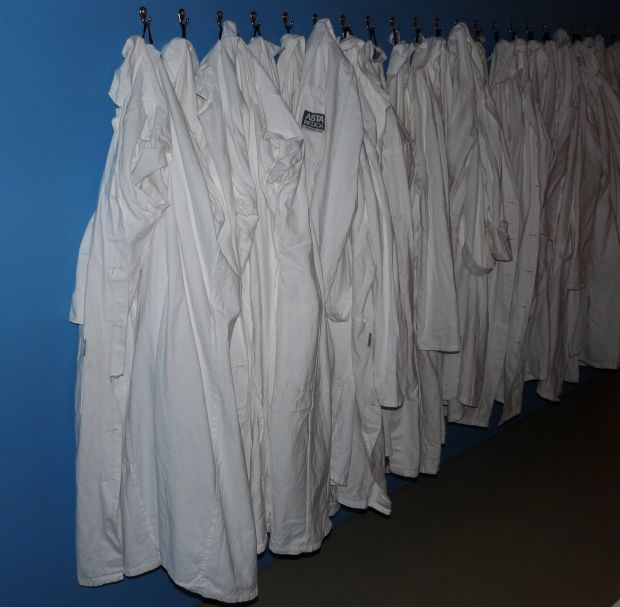 
The team from Northwest A&F University and the National Beef Cattle Improvement Centre, both in Yangling (Shaanxi), successfully introduced a gene into foetal cells from Luxi Yellow cattle, a Chinese breed with a high beef yield. The fat1 gene, isolated from a nematode worm, codes for desaturase enzymes that are involved in the conversion of n-6 to n-3 polyunsaturated fatty acids.

A diet rich in long chain n-3 polyunsaturated fatty acids, also known as omega-3 oils, can help protect against cardiovascular diseases, obesity and neurodegenerative diseases. However, levels of these fatty acids in the human diet have decreased over the years and the levels of shorter chain n-6 fatty acids have increased. Introducing the fat1 gene to cattle increased the levels of beneficial oils by over five times.

“We have provided the first evidence that it is possible to create a new breed of cattle with higher nutritional value in terms of their fatty acid composition,” says corresponding author Linsen Zan from the College of Animal Science and Technology at the university.

Other research groups are experimenting with increasing levels of omega-3 oils in farmed fish by creating fishmeal rich in a new plant source. A similar strategy could be used for cattle – producing feedstock rich in omega-3s – but the new study shows that elevated levels can be directly produced in beef. Similar genes have previously been introduced to pigs, dairy cattle and sheep by international research groups.

Of 14 calves that successfully received the fat1 gene, 11 died at less than four months old, mainly from inflammation and from an infection common to cattle, haemorrhagic septicaemia. Further research is needed to determine the causes. Abnormalities may result from the incomplete reprogramming of cells or from some genes being turned on and off during the generation of embryos.

“There is much to learn about the best scientific techniques and the best husbandry required to make beef a rich animal source of omega-3 oils for human nutrition, but we have taken the first step,” says lead author Gong Cheng. The researchers believe that the results of their study could help ensure in the future that the beef that people eat is better for them.