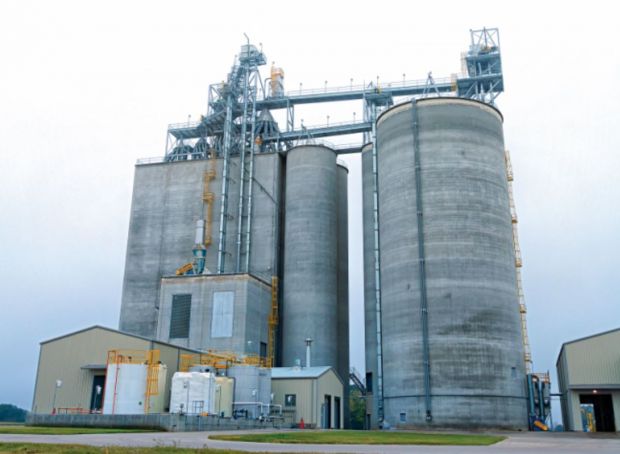 In total, the complex employs 1,700 people and processes nearly 1.3 mill. Birds per week at full capacity for retail chill pack.

Although the feed mill is only one component of the company’s massive investment, its contributions are felt near and wide, providing feed for approximately 80 contract growers in Wood, Smith and surrounding counties.

Thinking back to the project’s beginnings, Pic Billingsley, director of development and engineering, Sanderson Farms, Inc. described the siting of the mill, the engineering, construction and the startup as smooth and methodical. The steady start was thanks to Sanderson’s experience building seven other feed mills and its long-standing partnership with builder Todd & Sargent, Inc. of Ames, IA.

In the summer of 2016, planning began for Sanderson Farms’ feed mill, which took roughly 30 months from inception through completion, according to Billingsley. The first six to nine months were spent on site selection, 18 months for construction, and the remaining on the permitting process. Once the company selected Tyler as the location for the processing plant, they mapped out where the grower support and the nearest rail access were located. Based on those parameters, there was no shortage of options where to build the mill. By the summer of 2018, Todd & Sargent crews began site work on the project. Billingsley said construction at Mineola would have gone flawlessly if it weren’t for the weather. The year 2018 was the second wettest in the Dallas-Fort-Worth metro’s history.

The mill ran its first batches in December 2018 and 11 months into operation it was operating at 70% capacity, producing 6,000 t per week. The mill will be running shifts around the clock and producing feed at max capacity by the end of the first quarter 2020. It currently employs 31 people in total, including 15 feed delivery drivers.