From Editor fleischwirtschaft.com
Tuesday, May 23, 2017 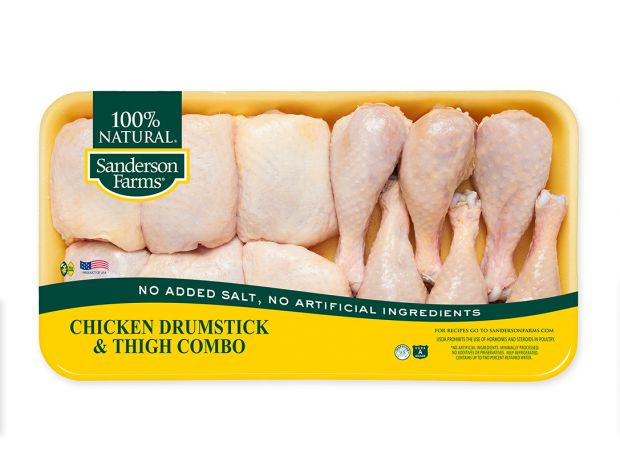 USA, Laurel, Miss. While such poultry processing companies as Tyson Foods, Perdue Farms and Butterball have introduced products sourced from animals raised without antibiotics or issued “no antibiotics ever” pledges Sanderson Farms is committed to using the drugs. During a presentation executives outlined their rationale.


As the issue surrounding the use of antibiotics in animal agriculture trended upward and such customers as Chick-fil-A and McDonald’s expressed concern about usage, Lampkin Butts, president and chief operating officer of Sanderson Farms, said management started talking in-house.

“We have five veterinarians on staff, and we talked with them first, and of course all of them have heartburn over this issue,” he said. “They've taken an oath to take care of the animals, and some of them would not work for us if we told them they couldn't use antibiotics and take care of the animals. They would leave because they consider a violation of their oath not to do it, not to use antibiotics to prevent disease or treat sick animals.” He added that the company has adopted a sustainability policy to reduce the use of energy, water, etc.

“Antibiotic free requires more of everything to do that,” said Joe F. Sanderson Jr., chairman and chief executive officer. Mr. Sanderson added that there is a food safety element tied to the use of antibiotics as well. He said management went outside the company in search of expertise to help guide the decision-making process and better understand the science of antibiotic resistance. Specifically, Sanderson Farms sought studies that demonstrated what the company was doing on its farms contributed to the development of antibiotic resistance in humans.

While animal welfare, food safety and sustainability have played a role in the company’s decision to continue using antibiotics, Mr. Sanderson alluded to the fact there is an economic factor at play as well. Chicken live weights have been down this year, and one reason why may be that companies that have shifted away from antibiotics are producing smaller birds, he said.