by Editor fleischwirtschaft.com
Tuesday, May 12, 2020 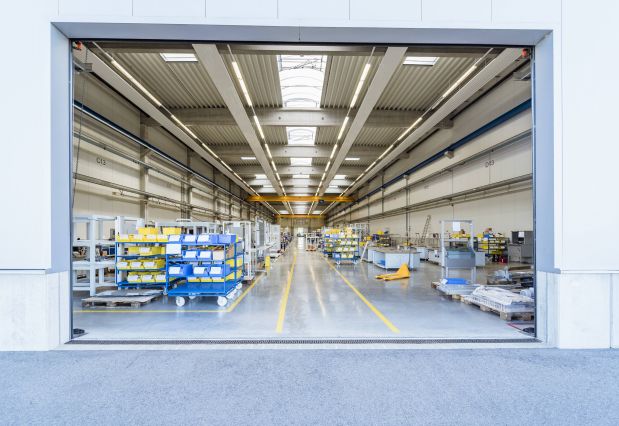 Photo: Imago Images / Westend61
In addition to disruptions in the supply chain, especially in Europe, disruptions on the demand side in particular have increased further.
Related Topics:

fleischwirtschaft.com — GERMANY; Frankfurt. 2019 was the ninth consecutive year of growth for packaging machinery manufacturers from Germany. According to the Federal Statistical Office, the approximately 250 mainly medium-sized companies produced packaging machinery worth around € 7.3 bn., an increase of 2%.
Facebook
Twitter

While the production figures for packaging machinery in the first three quarters of 2019 still showed a total increase of 8%, they fell in the fourth quarter by 10% below the previous year's figure. The slowdown in demand in the second half of the year was already affecting the German production. 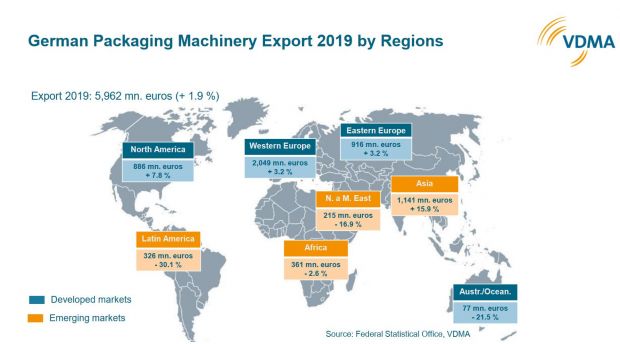 Half of all German packaging machinery exports went to European countries. The delivery volume reached a value of € 3 bn. and was thus 3.1% above the previous year. Asia purchased machinery and equipment worth just over € 1.1 bn. (+ 16%) and North America worth € 886 mill. (+ 8%). Deliveries to Africa amounted to € 351 mill. (+ 1%). Less positive was the development of the export business to Latin America, the Near and Middle East and Australia-Oceania. Exports fell by a double-digit percentage.

Upcoming forecasts are difficult to make

It is currently impossible to estimate or quantify how the packaging machinery industry will develop in 2020. Due to the weak order activity in the second half of 2019 and, in particular, the drop in foreign orders, the German Food Processing and Packaging Machinery Association already assumed in its November 2019 forecast that production of packaging machinery would decline in the current year.

"The extent of the decline caused by the outbreak of the corona crisis and the consequences associated with it will only become really clear in the coming months," says Richard Clemens, Managing Director of the VDMA Food Processing and Packaging Machinery Association. Companies are increasingly feeling the effects of the corona pandemic. In addition to disruptions in the supply chain, especially in Europe, disruptions on the demand side in particular have increased further. Not only are fewer orders coming from Europe, but also from Asia and North and Latin America. Order intake in the first quarter was down 19 percentage points year-on-year. If this trend continues, it will continue into the coming year.