From Editor fleischwirtschaft.com
Thursday, May 07, 2020 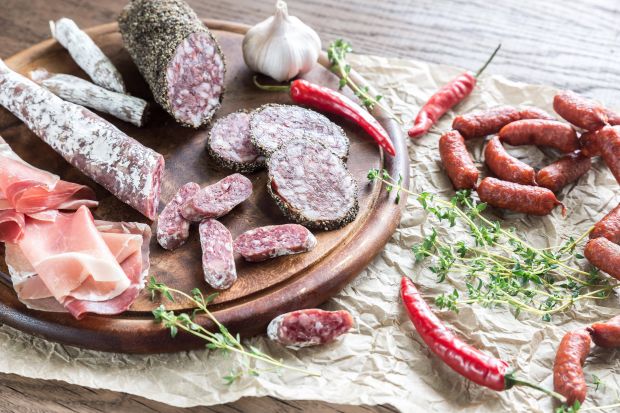 Deli meat (random weight) came in ahead of the comparable week in 2019 with double-digit increases.

GERMANY, Frankfurt. Food sales remained very strong the last full week of April. Free of the effects of Easter this year or last, the week ending April 26 provided a glimpse at the elevated everyday demand as a result of more meals having moved to at-home. At the same time, the shift to fewer but bigger trips continued and up-ended patterns in terms of day of the week, day part, online ordering, brand and product choices remained.


Since the onset of coronavirus in the US, the results for the dairy, deli and bakery departments have been mixed. 210 Analytics analyzed the IRI weekly sales findings, made possible by IDDBA. Total store sales, including the fresh perimeter, gained 22%, while total edibles excluding fresh were up 31.4% over the week of April 26 versus year ago. Boosted by yet another good week for meat, the total perimeter increased 23.1% as sales in the deli and fresh bakery departments pulled down the average.  Dairy had another strong week, with sales up 37.9%.

For week ending April 26, both deli cheese and meat (random weight) came in ahead of the comparable week in 2019 with double-digit increases. The severe declines for deli-prepared (random-weight and some private label UPC) seen since the onset of coronavirus in the US continued. It is important to note that for some retailers, results would have been impacted by self-serve and/or full-service areas being closed. For all three deli areas, sales patterns started to shift significantly the week ending of March 15. Deli cheese and meat sales jumped by double-digits, and deli prepared very quickly started to flatten out and decline in subsequent weeks.

Random weight deli meat sales rebounded from their flat week when going up against Easter 2019. Sales were up nearly 16.9% in dollars and 11.6% in volume. Patterns relative to grab-and-go versus bulk counter sales remained the same as seen in prior weeks. While service counter sales made up 68% of deli meat sales this week, sales were down 4.7%. Sales for service counter deli meat that has been previously sliced for grab-and-go, but still sold non-UPC, was up 80%.

Meanwhile, pre-packaged, UPC-ed refrigerated luncheon meats continued to outperform random weight deli meat, with dollars up 24.6% and a higher increase for volume sales as well. However, the difference compare with prior weeks was much diminished.

A big question on everyone’s mind surrounds deli operations in both the self-service and full-service areas. In the meantime, sales remained down for deli-prepared, affected by closed counters and shopping pattern changes. As shoppers increasingly try to reduce the number of trips to the store and engage in online ordering, deli-prepared food sales were down 36.3% with volume off 34.8%.  Sales were off for all offerings and meal occasions, whether breakfast items, combo meals, trays or deli pizza.

“Deli-prepared remained a hard-hit area,” said Eric Richard, Industry Relations Coordinator with IDDBA. “At the same time, frozen entrees, including pizza, have enjoyed double-digit growth since the onset of coronavirus so there is demand for time-saving, convenient solutions, but engagement with deli-prepared remained low. Some states are allowing restaurants to re-open, albeit with limited capacity, which may pose another challenge for deli-prepared sales in the next few weeks. Making sure that deli-prepared offerings, whether pre-packaged or made-to-order, are on the radar is crucial for everyday solutions or holidays such as Mother’s Day coming up.”

The widely covered meat shortages in consumer media caused a renewed run on meat the first week of May, which likely caused a subsequent boost for other departments, including dairy and bakery. Going into May, several states have released detailed plans for re-opening in phases. In some, restaurants could reopen starting May 1, though often with social distancing and occupancy rate restrictions in place. This may further affect deli-prepared results, in particular. The reopening of restaurants in these states may provide an indicator of consumers’ mental readiness and economic ability to re-engage with foodservice. For the foreseeable future, it is likely that grocery retailing will continue to capture an above-average share of the food dollar.