Russia to resume Brazilian and US pork import...

Russia to resume Brazilian and US pork imports 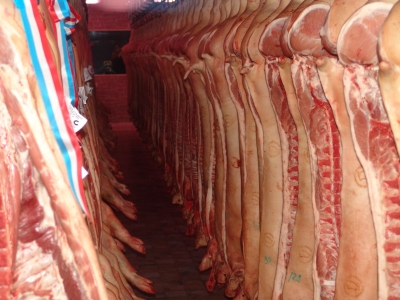 Russia plans to resume pork imports from Brazil and the United States in March to compensate for falling supplies from the European Union, Russia's veterinary and phytosanitary service (VPSS) also known as Rosselkhoznadzor announced.

Russia banned most meat imports from the United States and Canada early last year because of concerns over the use of the feed additive ractopamine. Supplies from Brazil were limited in 2011 over concerns related to its safety monitoring system. Ractopamine is a growth stimulant used to make meat leaner. It is banned in some countries because of concerns it could remain in the meat and cause health problems, despite scientific evidence showing it to be safe.

Russia needs to increase pork supplies from Brazil and the US after it limited imports from the EU following an outbreak of African Swine Fever (ASF) in Lithuania in January. The EU described the decision as disproportionate.

Brazil and Canada have indicated that they would like to increase pork supplies to Russia, VPSS spokesman Alexei Alekseenko said. Before the enforced reduction on EU imports, Russia was buying about a quarter of the EU's annual pork exports. Supplies from Canada are expected to resume this year after an inspection by the VPSS, the date of which has not yet been set yet, Alekseenko added.

Russia imported 1.2 mill. t of red meat, worth $4.6 bill., from countries outside the Commonwealth of Independent States in 2013, according to official customs data. Poultry imports reached 404,100 mill. t, worth $0.6 bill.
Source: Rosselkhoznadzor