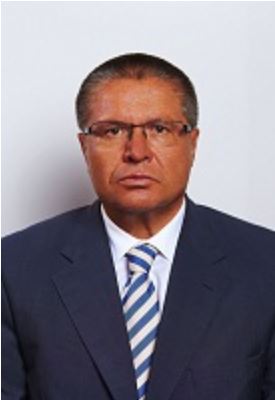 RUSSIA, Moscow Following the announcement by Russia's deputy prime minister Arkady Dvorkovich that his government was considering ways to mitigate the food embargo, imposed in August last year, for a number of countries in the European Union (EU), Minister of Economic Development Alexei Ulyukayev (Photo) has further revealed the decision would initially affect Greece and Hungary.

Ulyukayev added that the embargo would not be removed completely, but that "some schemes to supply raw materials for further processing inside the country" would be developed. It is anticipated that imports of raw meat, fruit and vegetables would be the first items to be restored.

The issue of lifting the embargo on food supplies from particular EU countries was discussed during a visit to Budapest in February by Russian President Vladimir Putin, according to presidential press-secretary Dmitry Peskov. He said "counter-sanctions" could be mitigated if Western companies were to invest in the processing of raw materials in Russia, but the possibility of removing sanctions completely was still out of the question.

Russian government representatives said this would involve a scheme of "lifting the embargo in exchange for investments in processing". However, experts said such a scheme was unknown and unclear for the market.

At the same time, according to Alexander Knobel, head of the laboratory for international trade at the Gaidar Institute for Economic Policy, the country's authorities still fear that products from
other EU countries will be supplied to Russia under the guise of meat products from Greece and Hungary. So, before embarking on this initiative, some system of strict country-of-origin control on all product supplies should be implemented.

The Russian government introduced a food embargo in August 2014 on meat supplies, as well as several other categories of meat products from the EU, the USA, Canada, Australia and Norway.

According to Russia's Customs Service, imports from Greece to Russia, which are almost all food products, dropped by 20% to $497 mill. in 2014 compared to 2013, while imports from Hungary fell by just 10%, to $2.7 bn.
Source: Ministry of Economic Development of the Russian Federation