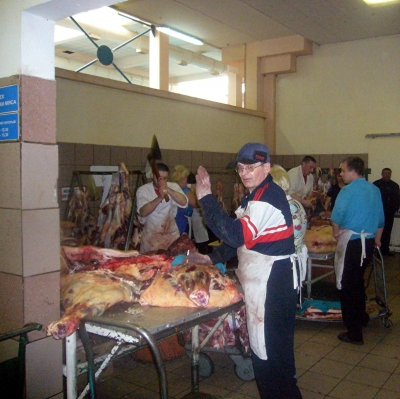 On 7 August, Moscow formally moved to place an immediate ban on imports of meat, fish, milk and fruit from the United States, European Union, Australia, Canada and Norway. Following USA Today the ban is expected to last for one year.

This tit-for-tat move, which follows a decree signed on 6 August by Russia's president Vladimir Putin, is intended to "protect Russia's security" after the latest round of US and EU-imposed sanctions targeting sectors of the Russian economy. Both the US and EU have charged Russia, which invaded and then annexed Ukraine's Crimean Peninsula in March, of fomenting tensions in eastern Ukraine.

More bans may be imposed. Russia is reportedly ready to introduce protective measures in aviation, car building and other industries, warned Russian Prime Minister Dmitry Medvedev. Russia is also considering banning the transit of flights from US and EU commercial airlines, he added.
Source: USA Today